Aberdeen IronBirds: The name “IronBirds” was chosen for two reasons: Cal Ripken’s (the current owner) “Ironman” streak of 2,632 consecutive baseball games played and the team’s affiliation with the Orioles (the Baltimore team is often referred to as “The Birds”). The team logo features a silver airplane marked with Ripken’s number 8, which also refers to the nearby Aberdeen Proving Ground U.S. Army installation.

Akron Aeros/RubberDucks:
The nickname “Aeros” refers to Ohio’s history of aerospace research, including being the home state of the Wright Brothers and astronaut Neil Armstrong. In the meantime, the club has changed the name into RubberDucks. Club owner Ken Babby bought the team in 2012. In the offseason 2013-2014 the club’s brass decided to adapt the name because they thought it was time for a change. The name refers to the rubber industry that is located in the city. Besides that, Akron was the birthplace of several tire companies like Goodyear and Firestone.

Albuquerque Isotopes:
The name Isotopes is (partly) derived from an episode of the Simpsons. The fictional Springfield Isotopes from the long-running TV series The Simpsons was the influence of the new name of the team. In the episode “Hungry, Hungry Homer”, main character Homer Simpson attempts to thwart the team’s plan to move to Albuquerque by going on a hunger strike. Subsequently, when an Albuquerque Tribune online survey helped the team decide its new name, “Isotopes” received 67 percent of the 120,000 votes. Though team president Ken Young admitted that the name came from the series, he said at the name’s unveiling, “We picked it because over the past year it has become a popular name, and it does have something to do with Albuquerque.” The “Isotopes” name is appropriate since New Mexico has a number of well-known scientific/military facilities dealing with nuclear technology, such as Los Alamos National Laboratory, Sandia National Laboratories, and the Waste Isolation Pilot Project (WIPP), as well as hosting the Trinity test. In the three months after the team’s name was announced in September 2002, before the team ever took the field, the team sold more merchandise than the Albuquerque Dukes sold in any single season, and led minor league baseball in merchandising revenue in 2003.

Altoona Curve:
The Altoona Curve are a minor league baseball team based in Altoona, Pennsylvania, named after nearby Horseshoe Curve (but also alluding to the curveball, a kind of pitch). The Horseshoe Curve is a 3,485-foot (1,062 m), triple-tracked, railroad curve on the Norfolk Southern Railway’s Pittsburgh Line in Logan Township, Blair County in the U.S. state of Pennsylvania.

Amarillo SodPoodles:
A new name in this list. In 2017, Elmore Sports Group, owner of the Colorado Springs SkySox, the San Antonio Missions, and the Helena Brewers, decided to make a big 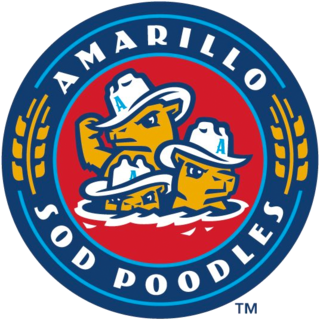 overhaul in the minor league landscape. As the Colorado Springs SkySox did not draw to well, the ownership group looked to move the team to San Antonio in an attempt to get a new stadium. Back then the city of San Antonio was not interested to replace the stadium of the AA San Antonio Missions as it tried to lure MLS to put a franchise in the city. Nevertheless, the SkySox were moved to San Antonio. The Helena Brewers would fill the void in Colorado Springs. But where to go with the AA Missions? Amarillo was one of the first cities that were interested in getting the Texas League franchise and eventually, the AA Missions moved to Amarillo where they became the SodPoodles. In a name the team contest. Five finalists were selected: “Boot Scooters,” “Bronc Busters,” “Jerky,” “Long Haulers,” and “Sod Poodles of which the latter got the most votes. Sod Poodle is slang for prairie dog, which habitat is in West Texas.

Asheville Tourists:
Asheville teams have played under the Tourists moniker in different leagues and classifications for decades, with the earliest dating to 1915. The Tourists play home games at McCormick Field. The park opened in 1924 and was renovated in 1959, and again for the 1992 season. McCormick Field seats 4,000 fans and is often joked about because of its scoreboard, which reads “Visitors” in the guest slot and “Tourists” in the home slot. Like many minor league clubs, the Tourists have had a broad variety of logos through the years.

Auburn DoubleDays:
The team and its mascot are named after Abner Doubleday, the Civil War general, and Auburn native apocryphally credited with inventing the game of baseball. Abner wears number 96 in honor of the birth of the team in 1996.

Augusta GreenJackets:
The name GreenJackets refers to the Augusta golf club, where the winner of the Masters golf tournament receives a green jacket and the wasp-like Yellow Jacket. Unlike many teams that move to a new stadium, the Greenjackets kept their name when they moved into their new stadium in 2018. All they changed was the logo(s).