The term Chinese Home run may be a bit derogatory. It is a home run that barely clears the outfield fence at the closest possible spot from home plate. Other terms with the same meaning are Chinese homer, Harlem Homerun or Pekinese Poke.

The term was mainly used when someone hit a home run on both short porches of the Polo Grounds. Due to the odd shape of the ballpark, the foul poles at both sides stood at 258 feet in right field and at 279 feet in left.

The term was also used when the Brooklyn Dodgers moved to Los Angeles and played their home games at their temporary home the Los Angeles Coliseum. Especially the left-field line was very short. 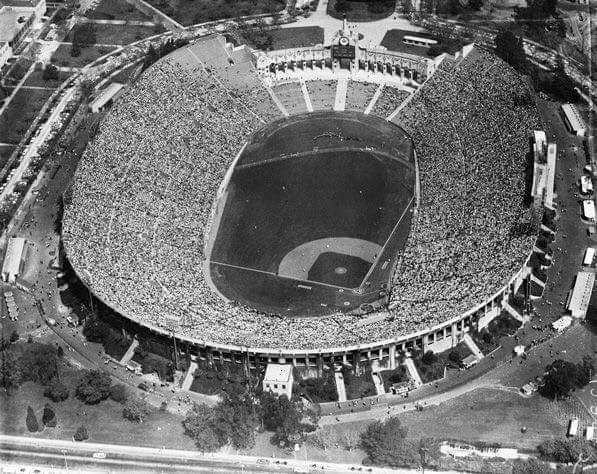 After the Dodgers moved into Dodger Stadium, the term Chinese Homerun slowly faded away.

It is not quite clear where the term comes from. It is assumed that it is derived from an early 20th-century perception that Chinese immigrants to the United States did the unskilled labor they were given and for which a minimum of adequacy was needed. The Chinese workers were content with minimal pay for it. Another explanation could be a cartoon created by Tad Dorgan but that has not been proven.
The first time it was used in a 1927 newspaper that reported about a game between the Phillies and the Pirates.

In the 1950s, the Chinese-American community in New York asked the Daily News not to use the term as the newspaper used it a lot.