One of the most underrated hitting techniques in baseball is the bunt. If executed right, it can be a formidable weapon against a dominating pitcher. The bunt came into fashion when it, according to the legend, was invented by Henry Chadwick, the player-manager of the Cincinnati Ballclub. But how did the short hit got its name? In this blog post, we are trying to explain that.

The bunt came into fashion in a time when the rules were quite a bit different than today. Players skilled themselves in hitting the ball with some spin, so it would land in fair territory before it spun into foul territory. Hits like that were considered fair as they were called a “foul-fair” ball. This kind of hitting was extremely difficult to field for the catchers as they stood well behind home plate as they didn’t wear any masks in those days. 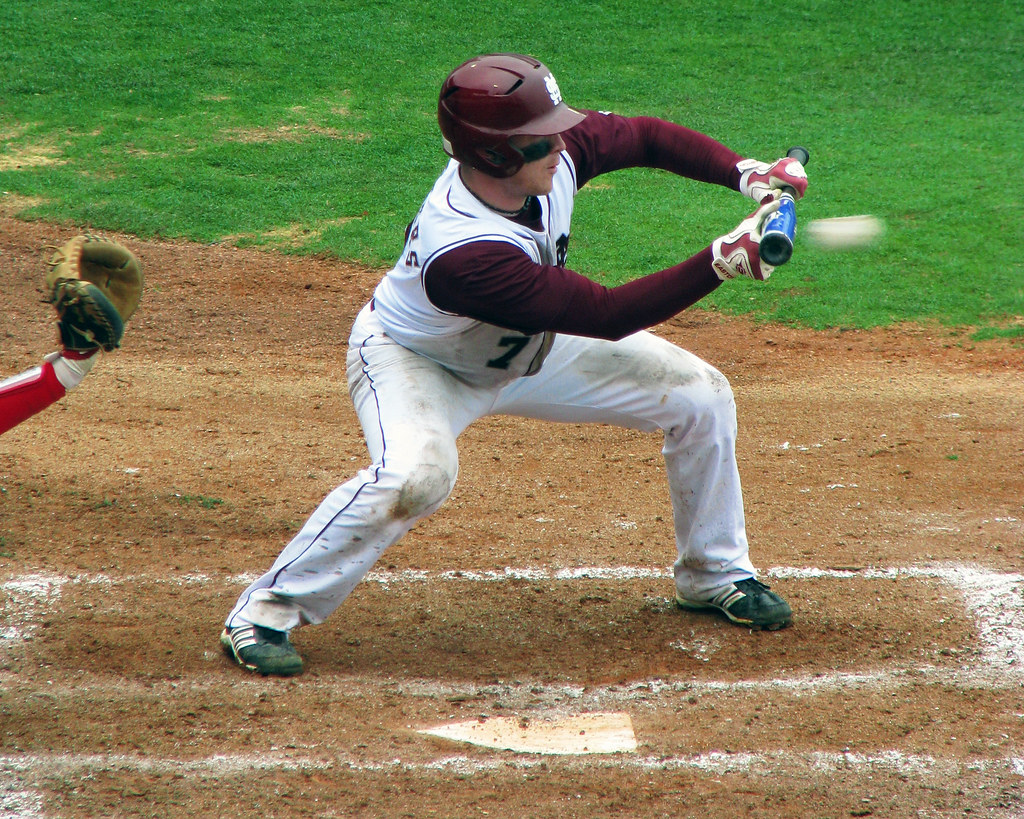 Until the rules were changed in 1877, the foul-fair ball was a common practice. But with the change of the rules, the foul-fair ball was banned. In those days, a foul ball was not considered as a strike, so batters could wear out a pitcher by keeping to hit fouls. But also this would change. One major change in the foul territory hits was the 1894 rule that ruled a ball fair as it was hit into foul territory but rolled into fair territory before it had passed first base. This kind of hit was called the fair-foul hit.

But was the bunt really invented by Henry Chadwick in the 1860s? This is highly unlikely as the first newspapers started to write about the hitting technique in the early 1870s. An 1888 issue of the Sporting News stated: “It was Dickey Pearce who conceived the idea of touching the top of the ball with his bat and making the famous foul-fair hits.”

In a time in which gentlemen played the game in a fair way by swinging the bat as hard as possible, the bunt was considered cheating. The fans considered the technique unmanly but Henry Chadwick, saw the “trick” as an innovation:

“…requiring the most skillful handling of the bat, and a quick eye and a steady nerve, besides.”

The 1873 Brooklyn Eagle stated: “The object of the batsman is to reach first base, and if by any style of hitting he can send the ball fairly on the field…he earns his base by skillful scientific hitting.”

Either Dickey Pearce or his Brooklyn Atlantic teammate, Tom Barlow, “invented” the bunt. But Barlow had a special “baby” bat he used to bunt. The 1873 Boston Globe ridiculed Barlow and his hitting technique: “a rather weak one for a professional club, [and was] a failure.”

Other explanations for the name bunt are: It may have evolved from early claims that players were using their bats to butt the ball forward, but the name may have derived from mocking comparisons to a tiny bird, a bunting. According to Baseball researcher and author Peter Morris, the latter is more likely. Another theory is: The bunt gets its name from the appearance that the batter is “dragging” the ball as he sprints to first base.

After the “baby-bats” were banned from baseball, the hitting technique almost disappeared. Nowadays it is an undervalued way of hitting despite its effectiveness.