In today’s episode of “Ballparks Around the World,” we pay attention to the home of the Creighton Blue Jays and the College World Series, TD Ameritrade Park.

With the demolition of Rosenblatt Stadium, both the Omaha Royals (AAA team of the MLB namesake) and the College World Series had to look for a new place. Both organisations shared Rosenblatt Stadium through the decades but this time each went its own way. The Omaha Royals moved into brand new Werner Park and the College World Series moved into a huge ballpark that would also serve as the home of the NCAA Division I Creighton Blue Jays: TD Ameritrade Park.

The groundbreaking of the ballpark started was on January 21st, 2009 after the NCAA signed an agreement to keep the College World Series in Omaha until at least 2035 if the ballpark was built. The ballpark opened its doors on April 18th, 2011. Below there is a time lapse of the construction. 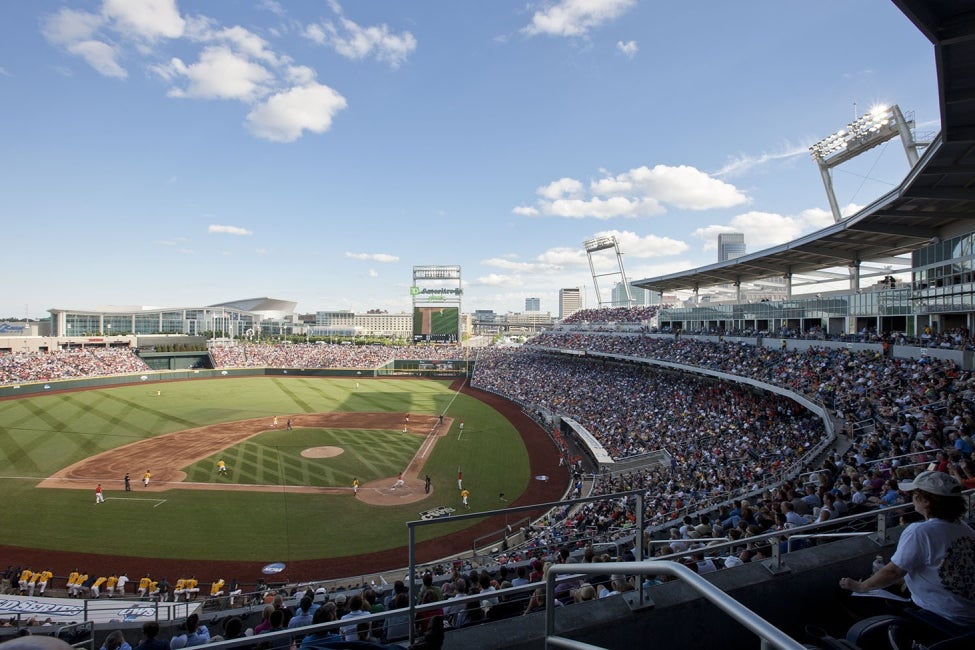 This modern ballpark has all the convenience of MLB ballparks. It has several luxury suits, a fully equipped press box, plenty of amenities, and club seating perks. The latter have a surplus of extras:

Left Field: 335 ft
Center Field: 408 ft
Right Field: 335 ft
Turf: Kentucky Blue Grass with a little perennial ryegrass mixed in.
Construction Costs: $131 million of which a public portion of $98,035,000 was raised by the City of Omaha.
Built on a former Union Pacific Railroad yard.
The ballpark is owned by the City of Omaha and operated by the Metropolitan Entertainment & Convention Authority (MECA).
The ballpark has 30 suites, 17 sections of club level seating that hold 2,500 people.

Here are some impressions of this beautiful ballpark: