Back in 2014, I wrote a series of blog posts about the origin of minor league team names. Since then, the minor league landscape has changed a lot. Clubs moved, adopted new names. All reasons to have a new series in which the new names are added and explained.

This time the letter: F 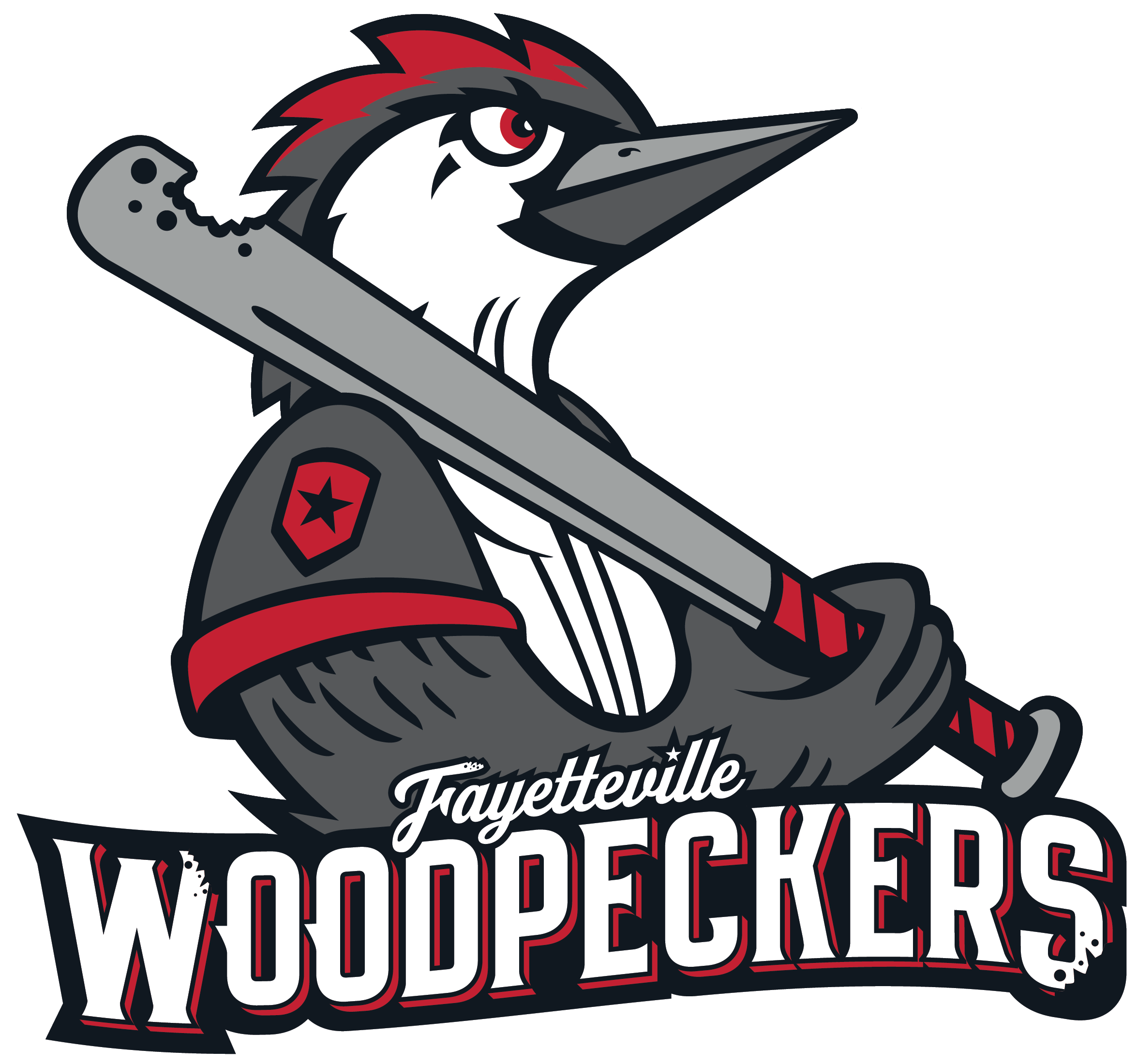 At the end of the 2016 California League season, the Bakersfield Blaze ceased to exist. The team was bought by the Houston Astros and moved to the Carolina League. In 2017 and 2018, the club operated under the name Buies Creek Astros wich was a temporary name as the ballpark in Fayetteville wasn’t ready yet. But as the 2019 season approached, the future Fayetteville team needed a new name, so a name the team contest was organized.
Out of 1,400 suggestions, five names were picked: Fatbacks, Fly Traps, Jumpers, Wood Dogs, and Woodpeckers. The fans got the final vote and Woodpeckers won. The name refers to the red-cockaded woodpecker which is now an endangered species.

to Osceola County, Florida after the 2016 season. Once again a name the team contest was needed for a new name. The five finalists were: Florida Dragonflies, Florida Fire Frogs, Florida Mud Kickers, Florida Rodeo Clowns, Florida Sorcerers, and Florida Toucans. Why the name Fire Frogs was chosen remains unclear as the species doesn’t live in Florida but in West Africa and the Amazone rainforest.
In the course of the 2019 season the Osceola County wanted to get rid of the club and the owner accepted a $500,000 buyout. The club will move into the new Spring Training complex of the Atlanta Braves in North Port.

Fort Myers Mighty Mussels:
Another newbie.
During the 2019/2020 offseason, the Fort Myers Miracle dropped its moniker and adopted the name Mighty Mussels. According to the new owner, Andrew Kaufman, the Miracle moniker had a “disconnect” with the Fort Myers community. The logo and name originally were used when the team was located in Miami in 1989. After a lot of thinking, two requirements popped up: The new name should be regionally specific while also reflect a healthy, active lifestyle. Of course, at a coastal town, mussels are easy to be found.

Fort Wayne TinCaps:
Prior to the 2009 season, the team was known as the Fort Wayne Wizards. The name TinCaps was chosen following the 2008 season, referring John Chapman, better known as the cooking pot-wearing Johnny Appleseed. The Tin Cap refers to a fictionalized depiction of John Chapman wearing one in the 1948 Walt Disney movie “Johnny Appleseed” and is not supported by any historical facts. Chapman lived in Fort Wayne in his final years and is buried in the city.

Frederick Keys:
They are named after Francis Scott Key, the poet who wrote the lyrics of the US National Anthem, whose hometown was Frederick.

And another newbie.
After the 2019 season, the Potomac Nationals moved to Fredericksburg as their owner got the permission of the city council to build a brand new ballpark over there. The name of the team is far from original as it refers to the parent team of the club, the Washington Nationals.

Fresno Grizzlies:
The team name for the Grizzlies was actually chosen nearly 4 years before the team even played an official game in Fresno. On April 11, 1994, John Carbray, the president of the original Grizzlies ownership Fresno Diamond Group, announced the name for the franchise that had to be acquired. Fresno and the surrounding area has always used its proximity to the Yosemite National Park as a tourist attraction. Carbray learned in his research that “Yosemite” evolved from “Jusmites,” which is the word the Miwok tribe used to describe actual grizzly bears. For Carbray, he wanted something strong but cuddly and comfortable for the kids and representative of the Central San Joaquin Valley.
Other choices that were rejected were Heat, Suns, and Flames. The ownership group did not like these names because they were a reminder of the Central Valley’s hot summer weather (which can consistently reach over 100 degrees Fahrenheit).

Frisco RoughRiders:
“The Rough Riders” was the name given by the American press to the 1st U.S. Volunteer Cavalry Regiment during the Spanish-American War, headed by future American President Theodore Roosevelt. The team was named after a historical division in order to comply with the tradition of the major league affiliate, the Texas Rangers, who were named after the Texas Ranger Division.