Less than a year after its opening, Segra Stadium, home to the Fayetteville Woodpeckers (A-Advanced affiliate of the Houston Astros in the Carolina League) is already showing cracks in certain spots of the concrete.

The ballpark opened on April 18, 2019. Even though experts claim that the cracks are not dangerous, it is pretty quick that the concrete is showing them already. 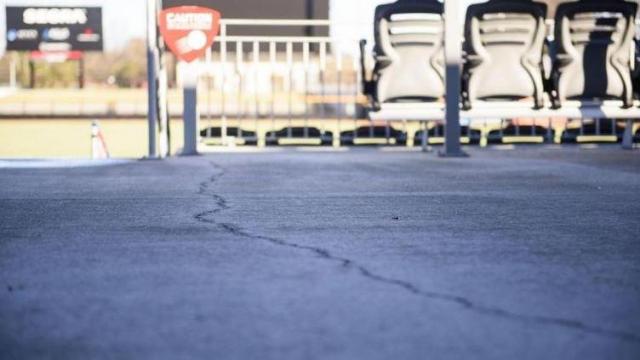 The city of Fayetteville hired an engineer who will investigate the cracks. According to the contractor that built the ballpark, the cracks are purely cosmetic and superficial. “The cracks are sufficient enough that we wanted to have them evaluated. I think it’s in several spots,” City Manager Doug Hewett said Wednesday. He also claims that the public should not be concerned about the safety of the stadium, otherwise the city of Fayetteville would not allow people to enter the ballpark.

Just like other cities, like Montgomery, AL, the Segra Stadium is a big part of a downtown revitalization project.

Hewitt is stating that  “Anytime you have a project where you deal with that much concrete, you are bound to have cracks, anything from your driveway to a house and everything else,” Hewett said. “One of the things we wanted to make sure of is that we’re trying to investigate this with a third party. We do have an engineer looking it over.”

But the cracks are not the only concern. According to councilman Johnny Dawkins, there are also brown stains round cracks in places like the locker room and players’ tunnel which may indicate there might also be a problem with leaks. “I’m also concerned about leaks because if not fixed, leaks can also become a problem,” Dawkins said. “That’s why I’m pleased to hear we have contracted with an engineering firm to give us an objective opinion.”

If the cracks are not superficial, they need to repair the situation in each instance according to Dawkins.

Which party will bear the costs remains to be seen. It all has to do with the resolution that is discussed between the parties.