In this episode of Baseball Related Songs, we pay attention to “Tiger Stadium’s Lament” performed by singer-songwriter and balladeer Russ Franzen. The nice part about this song is that it is written from the point of view of Tiger Stadium itself. 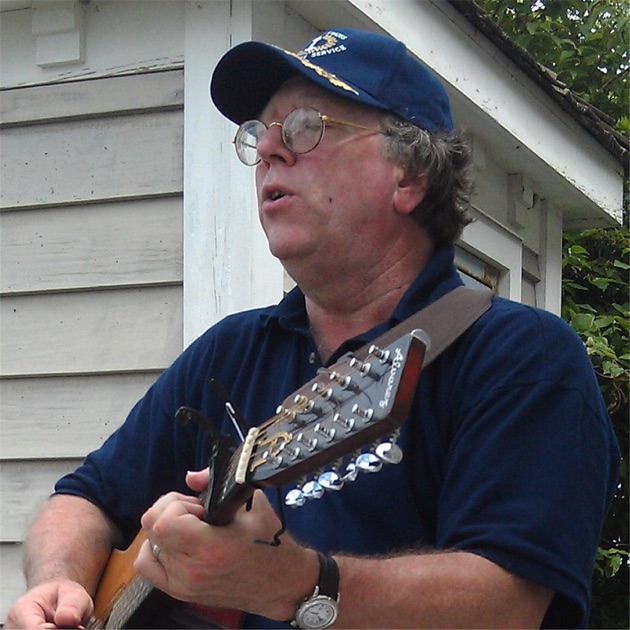 As said in the prologue, Russ Franzen is a singer-songwriter and balladeer from the Great Lakes Area. Franzen graduated at the Southern Illinois University-Carbondale in 1985. According to his website, the actual graduation year was 1977 but it doesn’t tell why.

After a 14-year career in Radio and Television, Russ turned his attention to the printed media. Kind of accidental he became a songwriter as he wrote some songs about the local history. They were very well received. He wrote a few more and after a while, he performed at the Great Lakes Lighthouse Festival. After that, his songs were about the history of life in the Great Lakes Area. All songs are performed by himself.

On his website, Russ describes himself in a hundred words:
Russ Franzen is a simple acoustic storyteller. The stories he tells are original songs of lighthouses, lake boats, shipwrecks, canals, and life along the Great Lakes. He grew up in Illinois and moved to Michigan to work in radio and now lives in Ohio. He authored three history books and recorded four albums. Before he started writing and performing stories of Great Lakes history in song, he was a historian and award-winning newspaper columnist. A Certified Interpretive Guide, he now plays his solo acoustic music for house concerts, festivals, schools, and community groups in Michigan, Ohio, Illinois, and Wisconsin.

The title of the song “Tiger Stadium’s Lament” says it all. It is a song about Tiger Stadium, written from the point of view of the former ballpark itself. It is one of those little gems that pay tribute to baseball in one way or another. The song is performed in a kind of Irish Folk style. It tells about everything Tiger Stadium experienced. From Sam Crawford and Ty Cobb to the magnificent 1984 Tigers with their 35-5 start and the great rookie year of Mark Fydrich a.k.a the Bird, who had one great season before he was hit by the injury bug that shortened his MLB career to five seasons.  The song ends with the announcement that Tiger Stadium must go and will be replaced by Comerica Park, even though the latter stadium is not mentioned.

Even though Tiger Stadium, a.k.a. Navin Field and Briggs Stadium was named State of Michigan Historic Site in 1975, the title could not save it from the wrecking ball. According to Russ Franzen, the vacant lot where Tiger Stadium once stood was an empty piece of land for quite a while. It was surrounded by chainlink fences. Nevertheless, a group of people named the Navin Field Grounds Crew maintained the field a few times a month and played some ball until the police showed up to send them away.
Nowadays, a small ballpark is standing at the site of the former Tiger Stadium. It is home to the Detroit Police Athletic League or PAL for short. A few years ago, I wrote an article about the plans.

A few years after the demolition of Tiger Stadium, Russ Franzen visited the site, when it was still surrounded by chainlink fences. This inspired him to write another song: “The Park at the Corner”.  In the near future, I will write about this song as well.

The lyrics of Tiger Stadium’s Lament are as follows:

In this big old building of concrete and steel
where fathers and sons through the turnstiles stream
where the air smelled like peanuts, of hotdogs, and beer
was that field of dreams that we all hold dear

I saw Mayo’s boys win in ’68,
Sparky’s ’84 team win thirty-five out the gate
When Dan played the organ, he was something to hear
and I talked to Bird on the mound in his great rookie year
I saw the Gehringer and Greenberg and Kaline heydays
and I heard Ernie Harwell call all the plays
I loved having seats hanging over in right
and the cheers of the Brow who came night after night

Despite all, I have seen they say I’m too old
so I sit here the house by the side of the road
They say I must go, that I’ve played my part
but I live for all time in the Tiger fans hearts

I would like to thank Russ Franzen for the lyrics and additional information he gave me at my request. Without him, this blog post would not have been possible.