The title of the song says it all. “Chin Music”, a pitch that comes high and inside to scare the batter away from the plate. It is something that happened a lot in the old days. 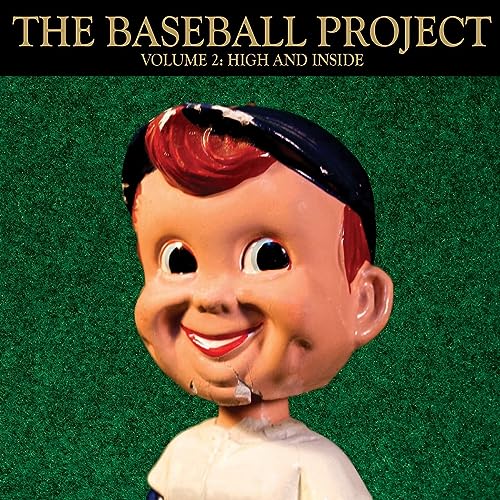 One pitcher who was feared for his inside pitches was Sal Maglie, who is mentioned in the song. His nickname was the Barber. Maglie pitched for several teams in the Majors: the New York Giants, the Cleveland Indians, the Brooklyn Dodgers, the New York Yankees, and the St. Louis Cardinals.

But also pitchers other than those in the Golden Age of Baseball gave some warnings. Also the LA Dodgers’ Don Drysdale and the St. Louis Cardinals’ Bob Gibson were known for throwing some high and inside pitches. An anecdote by Jimmy Ray Hart makes things very clear: “Between games, Willie Mays came over to me and said, ‘Now, in the second game, you’re going up against Bob Gibson.’ I only half-listened to what he was saying, figuring it didn’t make much difference. So I walked up to the plate the first time and started digging a little hole with my back foot…No sooner did I start digging that hole than I hear Willie screaming from the dugout: ‘Noooooo!’ Well, the first pitch came inside. No harm done, though. So I dug in again. The next thing I knew, there was a loud crack and my left shoulder was broken. I should have listened to Willie.”

The song is a kind of homage to the old days of baseball as the lyrics kind of ridicules the current generation of pitchers that hardly throw brushback pitches anymore.

Ryne Duren wore Coke-bottle glasses
His best pitches looked like intentional passes
The batters, they were trembling in their shoes
Ah, chin music
A little chin music was all that he needed to use
All the young kids pitch like they’re under court orders
Getting all cute, painting the corners
The batter steps out of the box for a spell
A little chin music would serve those rookies well