New ballpar, new uniforms. It is something you see rather often. As the Texas Rangers will move into a new stadium next season (the current one was only twenty years old), the team will have a new look. Yesterday, six new uniforms.

The most eye catching uniform is the powder blue alternate. The pants sports a piping which gives them a bit of the old Toronto Blue Jays road look. The jersey sports a classic looking script, saying “Rangers.” On the left sleeve there is a Texan flag, like on every other five jerseys. The uniform comes with a powder blue cap with a royal blue lid. Like many teams (Cardinals and Phillies, to nam a few) that had powder blues in the past, the Rangers are returning to that color as well.

The home uniform is a classic white with the same script as the powder blue alternate. It comes with a red cap and the pants have a red-white-blue striping.

An alternate home uniform will be white with the word Texas on the front, like they used to have in the recent past.  Next to the white alternate, there will be a red alternate jersey that sports the word Texas as well. A red cap with a royal lid comes with this jersey. It sports an alternate logo showing the outline of the state of Texas with “TX” in the front of it.

On the road, the Rangers will wear the classic gray uniform with the word Texas on the front. But…. you may have guessed it, there will also be an alternate road jersey. A royal blue jersey that sports the word Texas.

With all these jerseys there comes a variety of caps.

As written above, it is not uncommon that a team gets new uniforms if it moves into a new ballpark but six new unis may be a bit of an overkill. The four caps will be mixed with the new uniforms, so there will be a broad variety of combinations the team will wear. 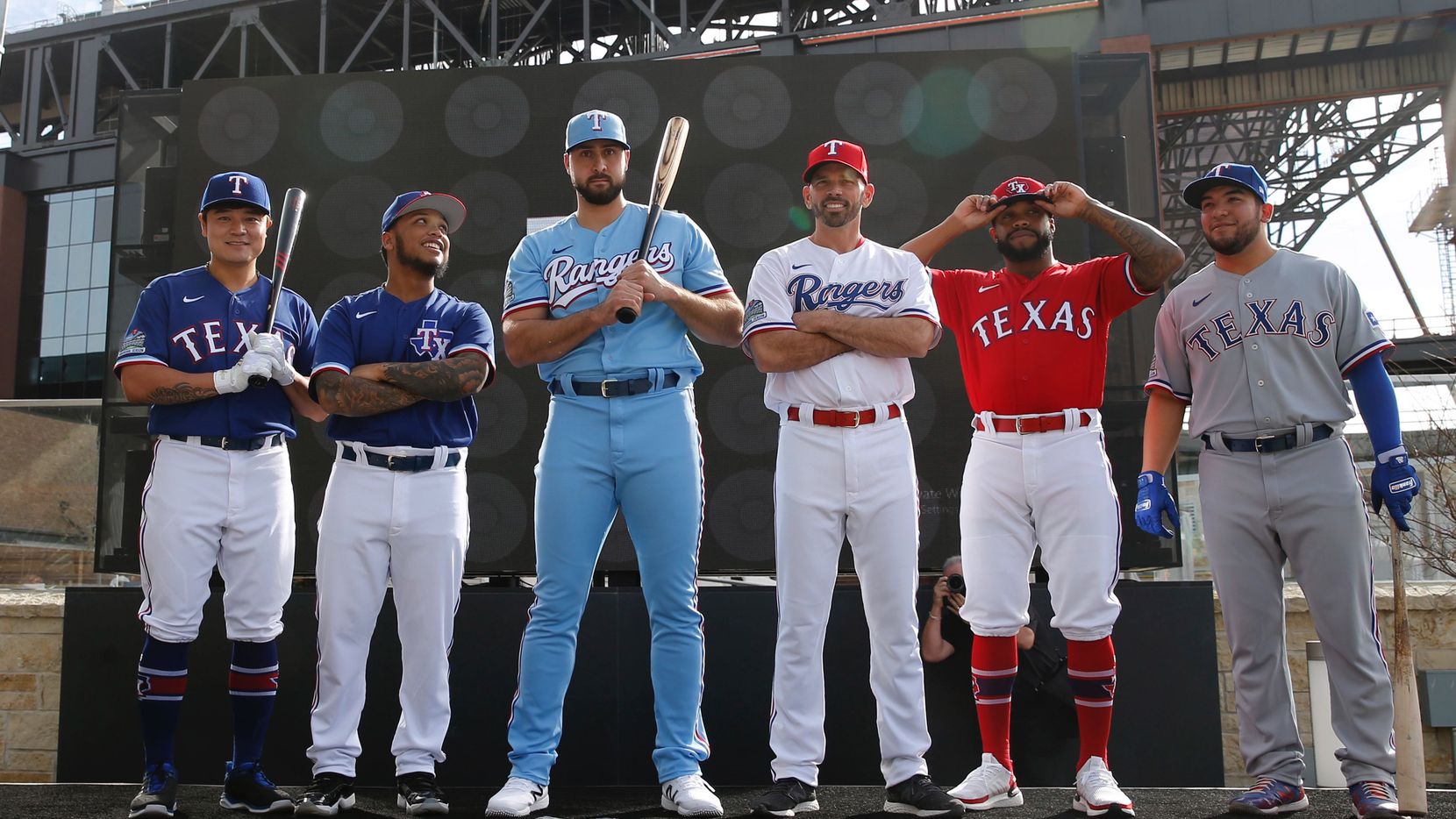