Recently you could read about the comic Peanuts and its relationship to baseball. Despite the passing of its artist, Peanuts is still in the hearts of many Americans which was proven by the Binghamton Rumble Ponies last night.

The Rumble Ponies (I still think it is a lame name) played last night’s game vs the Portland Seadogs in a special Charlie Brown themed jersey.

The afternoon game of a doubleheader was won by the Rumble Ponies 1-0 so even though it was announced at Peanuts night, it was merely a Peanuts afternoon.

The jerseys, the Rumble Ponies wore were shaped like the shirt Charlie Brown is wearing: Yellow with a black zig-zag line running around at belly height. In the neck of the jersey, Snoopy is pictured. Of course, the jerseys were up for auction after the game.

Even the lineup “card” at Instagram was made with Peanuts characters instead of the regular photos of the players.

Also, the team’s mascot was dressed with the iconic jersey.

Peanuts, the brainchild of Charles M. Schultz first appeared on October 2nd, 1950 and ran until February 13, 2000, the day after he passed away. Besides daily life “adventures”, baseball was intertwined in the comic.

But there will be another Peanuts-themed night this year. Not in the Minors but in the Majors, as the Philadelphia Phillies will host a Peanuts night on July 31 when they will host the San Francisco Giants. The first 3,000 fans to purchase tickets for this event will receive a coupon for an exclusive Phillies Peanuts Linus Bobblehead. 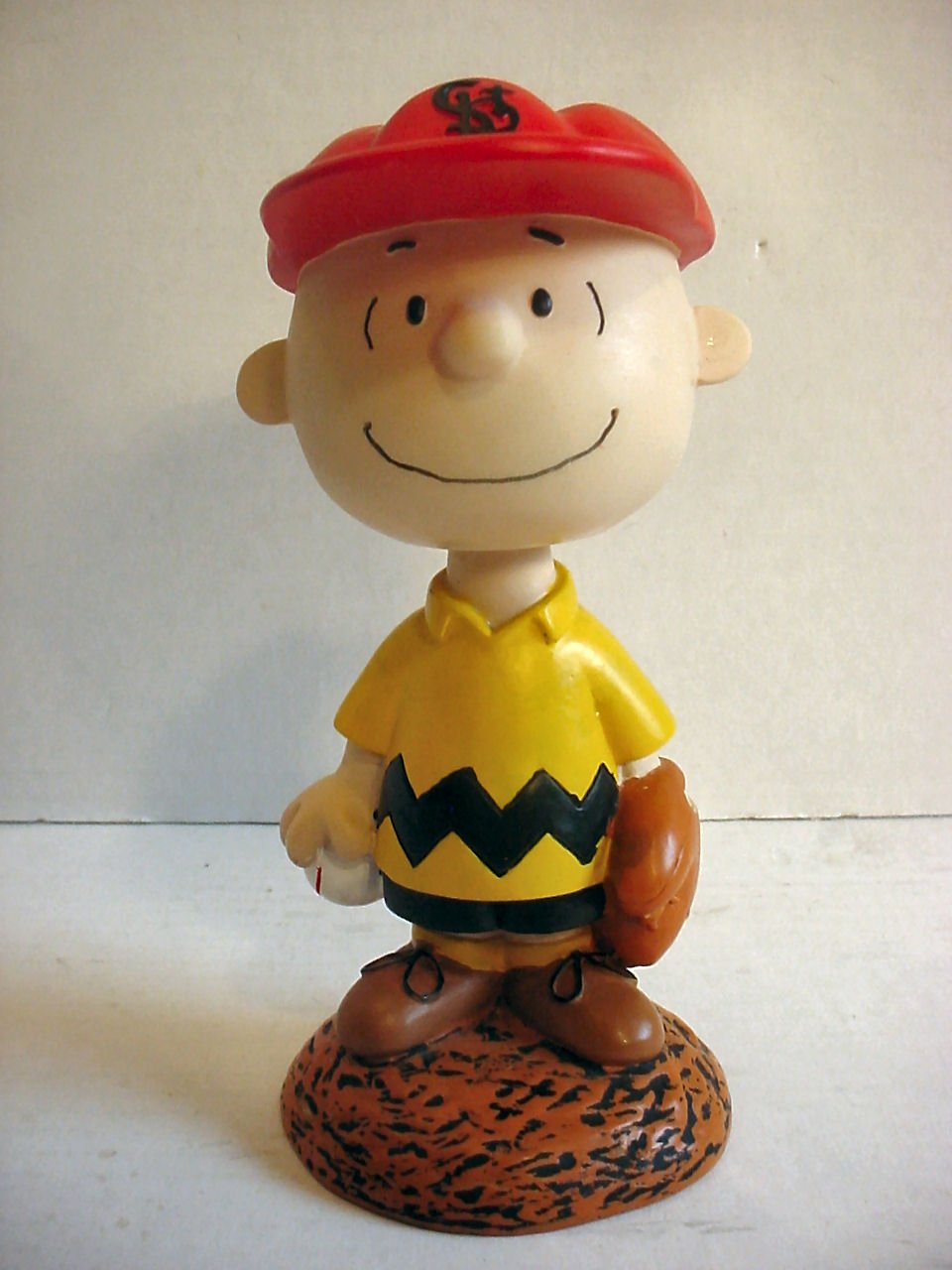 But these Peanuts/Charlie Brown promotions were not the first in (minor league) baseball. Back in 2001, the independent St. Paul Saints handed out a Charlie Brown bobblehead as part of a Peanuts promotion.

In 2017, the San Francisco Giants also handed out a Charlie Brown bobblehead to their fans, as did the Milwaukee Brewers and the Boston Red Sox.

In 2016, the Lake County Captains had a similar promotion as the Rumble Ponies had last night.

This all proves that America still loves Charlie Brown and Peanuts, even though there have been no new episodes since Charles M. Schultz passed away. The iconic comic matches very well with the country’s favorite pastime. Something that may stay that way forever.