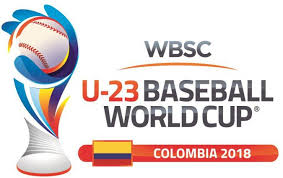 A third consecutive loss resulted in a disappointing tenth place for team Kingdom of the Netherlands in this year’s U23 World Cup. Once again, the pitching did not pan out well and after a good first inning, the batters were kept in check. This resulted in an 11-3 loss vs Puerto Rico.

Team Kingdom of the Netherlands came off a good start when it scored three runs on a home run hit by Ruar Verkerk. Verkerk took Francinel Martina and Shèrten Apostel, who both got on base on a single, with him.  But from there the Dutch offense stalled.

After Puerto Rico scored a run on a home run, starting pitcher Misja Harcksen kept the opponent from scoring in the second inning but in the third frame, the Caribbean nation tied the game at two. After another scoreless inning, the Puerto Ricans struck hard in the fifth. Four defensive lapses (two passed balls, a fielding error by the Dutch shortstop and a wild pitch) and several extra-base hits allowed the Puerto Ricans to score six times.

With three hits out of four at-bats and two doubles, Tijmen Takke was the best Dutch hitter in this game.

Thanks to this loss, the Dutch finish this tournament in a disappointing tenth place. Of course there were defeats that could be expected, but the loss vs the Czech Republic did hurt, especially since that team was beaten a year ago during the final of the U23 European Championship. Also, the losses vs Australia and Puerto Rico must have hurt as both the pitching and the hitting did not bring what might be expected.

Nevertheless, thanks to this tournament, the young Dutch and Curaçao players have a lot more experience under their belt now.