Xander Bogaerts
Despite having a good season so far, Xander did not make the final cut in the voting of the All-Star game as he finished second in the Final Vote.The 24-year old Aruban is hitting a respectable .303 with 20 doubles, 4 triples and 6 home runs. But since the start of the season, his batting average is going down slowly but steadily.In 81 games, Xander committed seven errors (.977 fielding percentage). This video shows that he still can be considered as one of the better shortstops.

Spencer Kieboom
To say that Spencer Kieboom is red hot would be exaggerated. But since his promotion to AAA Syracuse, Spencer is hitting surprisingly well. At AA Harrisburg Spencer hit a modest .183. But since his promotion, his average is hovering way above .300. With the Harrisburg Senators, Spencer hardly got any playing time but with the Syracuse Chiefs Spencer has played fifteen games since his promotion on June 13. Currently, Spencer is hitting .314. His best game with the Chiefs was on the 30th of June when he hit 3 for 3 with two runs batted in. At AAA he is playing flawless behind the dish and he threw out 30% of the potential base stealers so far.

Juremi Profar
The younger brother of Jurickson is having a decent season despite the fact that his batting average has dropped significantly in the past few week. Currently, his average stands at .261 with 8 doubles, 2 triples and 8 long balls.
Juremi is used as utility infielder. He committed six errors so far, one at first base, one at second base and four at third.

Chadwick Tromp
The 22-year old Aruban had a helluva a season with the A-Advanced Daytona Tortugas. 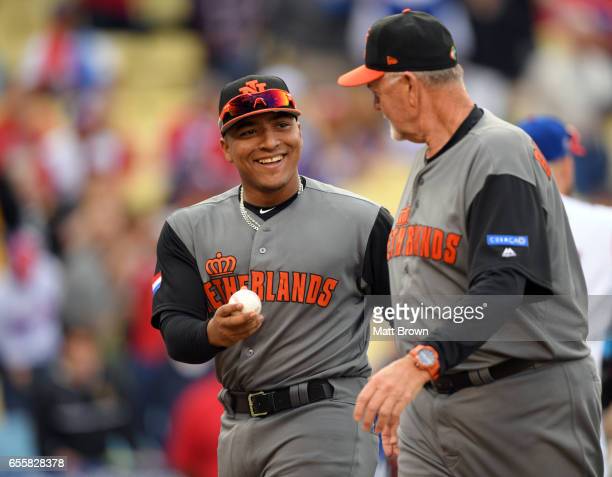 In the Florida State League, Chadwick hit a very good .311 with nine doubles and a home run. For the Cincinnati Reds, this was enough reason to promote Chadwick to AA Pensacola. But since his promotion on June 29, Chadwick is struggling at the plate with a batting average of .167. With the Wahoos, he does not get much playing time. In five games behind the plate, Chadwick did not commit an error but did not manage to throw out one of the seven base stealers he had to deal with.

Eugene Helder
After a short stint with the AAA Tacoma Rainiers, Eugene Helder was sent to A-Short Season Everett. With the AquaSox, he is doing a decent job so far. His batting average is climbing steadily. Currently, it is standing at .301. With last night’s performance of three hits out of four at-bats, he surpassed the .300 mark.
Even though his player page states he is a second baseman, the AquaSox are using him at almost every position. In 27 games he played the most at third base (17), a position he committed the most errors at (4). He also played one game at first base, three at second, two in left field and one in right field.

Hendrik Clementina
Since his promotion to the Advanced Rookie level of the Pioneer League, Hendrik is hurting the opponent’s pitching. In the last ten games, his average slowly went down to .370 but still, he collected one hit at least in each of those games.
Behind the plate, Hendrik did not commit an error yet and threw out 27% of the potential base stealers.

Rick van den Hurk
Even though he is not as dominant as the previous two seasons, Rick van den Hurk is still having a good season. Yesterday he lasted seven innings in which he gave up two runs on four hits. Despite the good outing, he had to take the loss as he did not get the run support he needed. The Softbank Hawks fell 2-0 to the Nippon Ham Fighters. Thanks to the good outing, Rick lowered his ERA to 3.54. His record stands at 7-4. Where Rick managed to keep his WHIP below 1.0 in the previous two seasons, it now stands at 1.190. 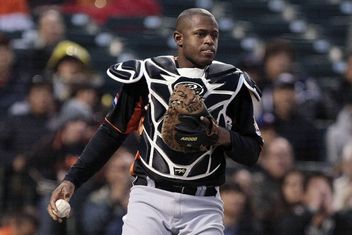 Dashenko Ricardo
Dashenko Ricardo is one of the many Dutchies playing in the independent leagues. The 27-year old catcher from Curaçao is having a decent year with the Lincoln SaltDogs. In his first year in the Amerian Association, Dashenko is hitting .269 with two doubles and three home runs.
Behind te dish, he has thrown out 24% of the potential base stealers so far. Recently Ricardo received an invitation for the CanAm League / American Association All-Star Game.