As you may know, Fenway Park in Boston is located at Yawkey way, named after the former owner of the Red Sox (from 1933 until 1977). But why do the Red Sox (and the city of Boston) keep honoring an owner who was a proven bigot and racist? 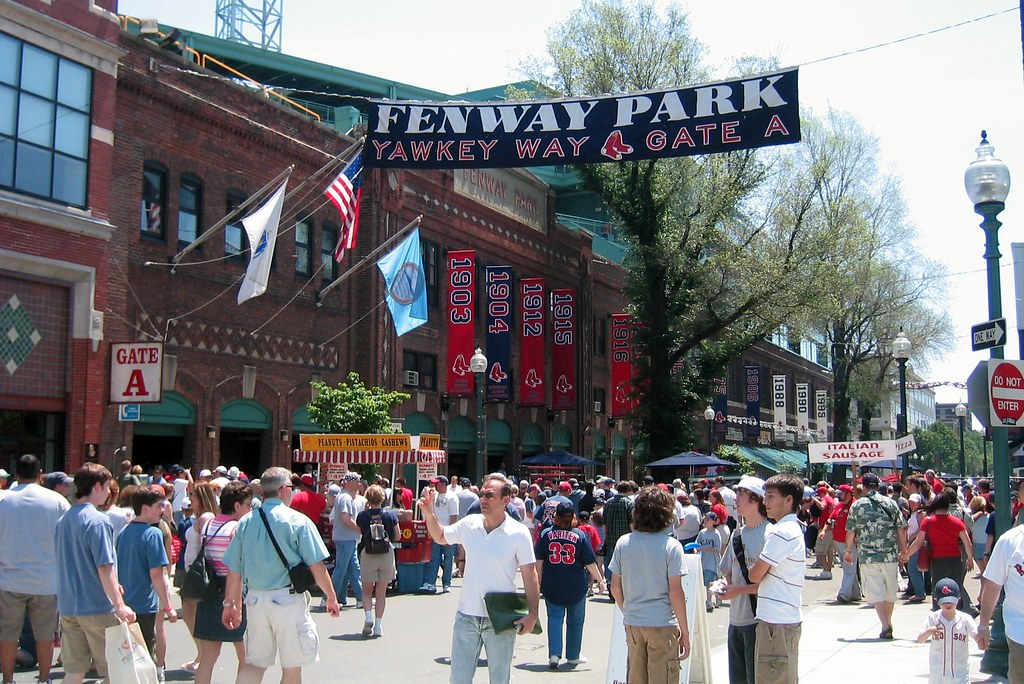 Before 1947, when Major League Baseball upheld the color barrier, it wasn’t quite clear that Tom Yawkey was a racist. None of the MLB teams had Afro American players on their squads. Integration of Afro Americans was still far away.

But in 1945 a glimpse of what the Red Sox really were was shown as the club organized a try out for three Afro American players: Jackie Robinson of the Kansas City Monarchs, Marvin Williams of the Philadelphia Stars and Sam Jethroe of the Cleveland Buckeyes.
The tryout lasted only ninety minutes and none of the players was hired, which did not come as a surprise because the Red Sox only organized the tryout under pressure of the Boston City councilman Isadore Mushnick.  Rumors say that after the tryout Yawkey said “Get those niggers off the field.”  Robinson was subjected to racial epithets and would later say during the 1967 World Series  “I’d like to see the Red Sox lose, because he is probably one of the most bigoted guys in baseball.”

The manager of the Red Sox, Michael Higgins, once said that “there would be no nigger on this ball club.”

It may not come as a surprise that the Red Sox were the last team to integrate, which happened in 1959 when the Red Sox called up Pumpsie Green, twelve years after Jackie Robonson broke the color barrier. But even after they called up Green, the Red Sox mainly used him as a pinch-runner or as a day-off replacement for infielders.

Not did There Yawkey pass up the chance to sign great players like Willie Mays and Robinson himself, he even discriminated against his own black players, decades after integration.

Luckily a lot has changed in the Red Sox organization, but I think that the Red Sox or the City of Boston should make the step to change the name of Yawkey Way. It is way too much honor for a bigot like he was to have a street named after him. The Red Sox had plenty of big names in their ranks to name a street after. Tom Yawkey is the embodiment of a black era in the Red Sox history.

One Reply to “Why do the Red Sox keep honoring a bigoted owner?”