In today’s episode of “Ballparks Around The World,” we pay attention to Swayze Field, home of the Ole Miss Rebels, the baseball team of the University of Mississippi, located in Oxford Mississippi.

This nice ballpark is relatively old as it opened its doors on February 19, 1989, with a doubleheader against Cumberland University on a bitterly cold day. The actual construction of the ballpark was completed in October 1988 but it took a while before the landscaping was finished.

Swayze Field, named after Tom Swayze, a former Ole Miss baseball player and coach, has a modern look but is attractive in its own way. The ballpark has grown and undergone changes since the opening date, including an $18 million renovation project prior to the 2009 season and a $19 million project that was completed in 2018. The latest project contains an exclusive performance center for the university’s baseball team that features the following: a new locker room, weight room, training room, players lounge, team meeting room, indoor hitting cages, and an indoor pitching tunnel.

Through the years, the seating capacity has been expanded as well. In 1993, a seating area was installed behind the right-field fence. But the outfield area got several other upgrades as well. In both left- and right-field, a lounge area was constructed during the 2000 season. Seven years later, the area was expanded.

In 2006, a new scoreboard was installed. This scoreboard contains a large video board, capable of showing highlights and replays throughout the game. A new office suite to house the Rebel baseball coaching staff and supporting staff was constructed in 2006 as well.

When you watch the video below, you will notice that the facility is pure luxury. Especially the locker room and the player’s lounge are coming close to MLB facilities.

Here are some photo impressions of this beautiful ballpark. 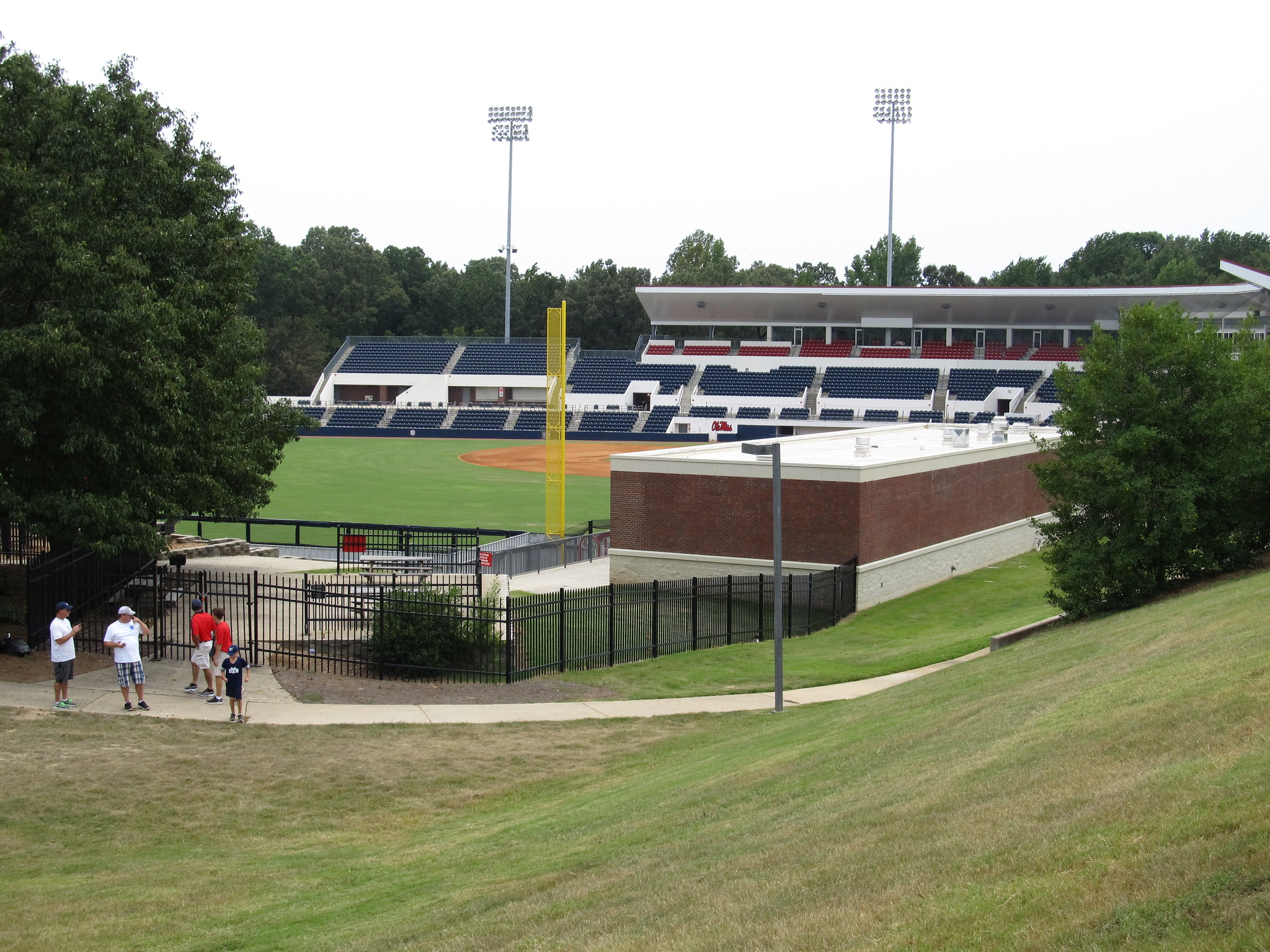