After the Czech Republic started its competition last week and Finland and Lithuania announced to start their competition soon as well, the Swiss are the next to announce the start of their baseball season. 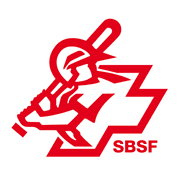 After months of limitations, the word everyone was waiting for came on May 29 in a video conference. The Swiss Olympic Committee and the BASPO (the Swiss Ministry of Defense and Sports), decided to loosen the rules a bit more.

From June 6. Swiss clubs are allowed to train again AND to play games with fans in the stands. Also, meetings can be held with a maximum of 300 persons. If this means that 300 fans can attend a baseball game is not quite sure but likely it is.

As a result, the Swiss Baseball and Softball Federation (SBSF) has presented the schedule for the upcoming season.  The first weekend of the season will be the one of June 14. The following doubleheaders will be scheduled then:

In the following weeks, the other teams in the National Liga A (Wil Pirates and Luzern Eagles) will play their games as well.