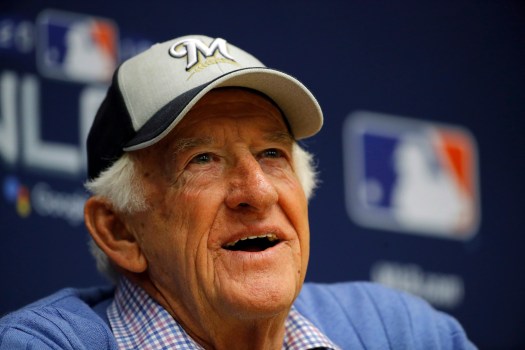 Uecker seats are referred to seats with a very poor view of the playing field. The term
can be linked to one of longtime Milwaukee Brewers announcer Bob Uecker’s TV ads in which he is removed from the box seats and learns that his ticket is actually for a seat in the back row of the right-field upper deck.

Uecker had a six-year MLB career in which he didn’t hit above the Mendoza line for the final two years of his career. Uecker is known for his funny remarks about his own career. For example: “When I came up to bat with three men on and two outs in the ninth, I looked in the other team’s dugout and they were already in street clothes.”

Since 1971, Uecker is calling games for the Milwaukee Brewers. But most casual fans may know Uecker in his role as Harry Doyle, announcer of the Cleveland Indians in the movie Major League.