The minor league season barely has started or there is news about another extension of a player development contract. This time the Oakland Athletics and the Stockton Port (A-Advanced affiliate in the California League) extended their cooperation through the 2020 season. The current contract will expire after this season, so apparently the A’s are very happy with their neighbour in Stockton. 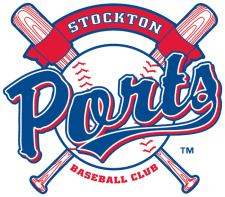 The cooperation between the two clubs started in 2005, when the Ports played their first season in Banner Island Ballpark.

Ports president Pat Filippone stated: “It has been a pleasure to be a partner with the Oakland A’s since the ballpark opened in 2005. We have fielded competitive teams, provided many memorable moments for our fans both on the field and off, and have developed long-term relationships with Oakland’s on-field and off-field personnel that we look forward to continuing over the next four years,” said Ports President Pat Filippone who made the announcement prior to this evening’s game. “The Ports organization is proud that our Major League affiliate, along with our four Champion Partners, have been with us since day one of Banner Island Ballpark.”