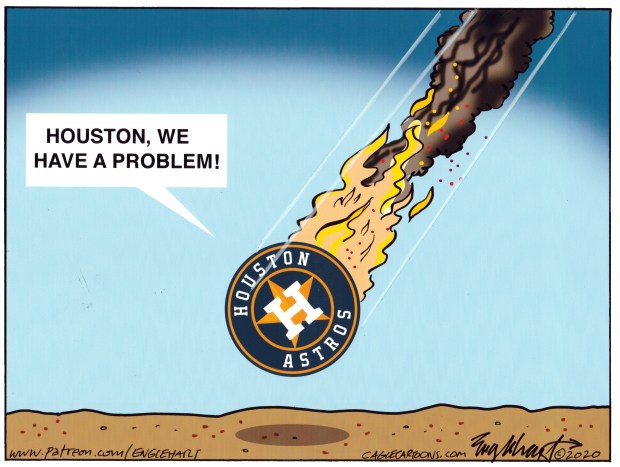 A lot has been written about the sign-stealing scandal of the Houston Astros already. Yesterday, former Astros manager A.J. Hinch was interviewed by Tom Verducci. In this interview, he confessed he tolerated too much.

Hinch claimed to be sorry for what happened. You may wonder if he is not only sorry for the fact they were caught. He claimed that the sign stealing was player-driven with a starring role for former Red Sox coach Alex Cora and shortlived coach of the New York Mets, Carlos Beltran.

In the interview, Hinch defended his players’ talents but said the clubhouse put itself in a position where its achievements might be blemished. One thing is sure, the Astros 2017 World Series title will always be tainted.

After the investigation of the sign stealing, MLB commissioner Rob Manfred also stated that the sign stealing was player-driven and that Hinch did not approve the action. But in his position, Hinch should have taken action to prevent this, something he did not do.

As the 2017 season advanced the use of technology by the players got bigger. When an off-speed pitch was coming, players banged on a trash can, if a fastball was coming, they did not.

The weird thing about this report by MLB is that only A.J. Hinch, Alex Cora, and Carlos Beltran were named as suspects. It was even weirder that MLB suspended A.J Hinch and GM Jeff Luhnow but left the players untouched. Sure it is understandable that Hinch was suspended as he is responsible for the team but it is absolutely ridiculous that the players were left untouched. They were the initiators and should be treated as such. But as MLB is afraid to ruin its product, it rather turns a blind eye. In this way, the players are actually rewarded for their foul play.

In the past weeks, stories have been written about non-Astros players that are ticked off with the cheating. Don’t be surprised if the Astros’ players will be beaned quite often. But then you can expect MLB to act. So why not with this sign-stealing scandal? Why does MLB protect the Astros’ players?

If Major League Baseball wants to keep its credibility, it should suspend all players involved in this scandal. Of course, that would mean that the Astros would have to field a less stronger team as most of their players will not be there. For sure it will influence the attendance, but that is the consequence they have to face for cheating. Another issue, MLB should address is the tainted World Series title. Just strip the Astros of their World Series Trophy and their rings. It would not be the first time that a season would not have a champion. In 1904, the New York Giants refused to play the Boston Red Sox and in 1994, the season ended prematurely because of the player strike. So it would not be the end of the world.

In a couple of weeks, MLB will present the report of the investigation on the Red Sox cheating scandal as well. If the Red Sox (players) are guilty, of course, they must be treated the same way. Even though there is not an investigation going on, it is rumored that the Yankees cheated in the same way as the Astros did. If that is true, they should be punished as well (yes, I am saying that as a Yankee fan).

Baseball is facing a hard time already as attendance is falling and fewer people are interested in the game. If MLB sticks with this feeble approach of the Houston Astros’ players, don’t be surprised more people will turn away from MLB as it will lose face even more.