Today, the Dutch national team faced Slovakia. It was another easy win as the Dutch needed four innings to finish the job. Until the third inning, the Dutch led by five runs but a thirteen-run inning sealed the feat of the Slovakians prematurely as the Dutch won 26-2. 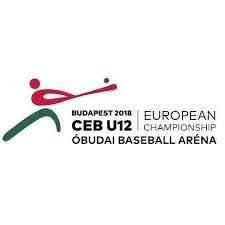 Once again the offense was red hot as the Dutch collected twenty-seven hits. The defense made two errors.

After the thirteen-run third inning, Tijn Fredrikze, gave up one hit with one out. For head coach Peter Herkemij to replace him with Jayden van Atten. Fredrikze pitched 2.1 innings in which he gave up one run on two hits and two walks and struck out two. Fredrikze threw four wild pitches in the first inning but the Czechs could only score one run despite his struggling. Van Atten pitched 1.2 innings in which he gave up a single but also threw a wild pitch that allowed Roman Mesko to get on base and score thanks to the throwing error by catcher Thijs Helms that followed on the wild pitch.

In the big third inning, the Dutch hit five singles, four doubles and three triples that contributed to the thirteen runs next to two wild pitches.

The only thing that may be a point of concern is the six runs the Dutch have allowed so far. The other two top teams in group A, Italy and Germany still have to allow a run. This may be a decisive factor in who will advance to the semi-finals.

Nevertheless, it was a solid victory in which Jayden van Atten earned the win. Jamie Beerman was the best hitter for the Dutch with 5 for 5, with a double, three (!) triples and eight (!!) runs batted in.

Tomorrow the Dutch will face reigning European champion Italy. So far the Italians played two games and both were won with big numbers (24-0 and 27-0). Later today, the Italians will face Belgium that fell to Germany in three innings yesterday (20-0).