After Michael Jordan retired from the NBA for the first time, he tried another sport. In 1994, the greatest basketball player of all time signed a minor league deal with the Chicago White Sox. Not a surprise as the owner of the Chicago Bulls also owned the Southsiders. 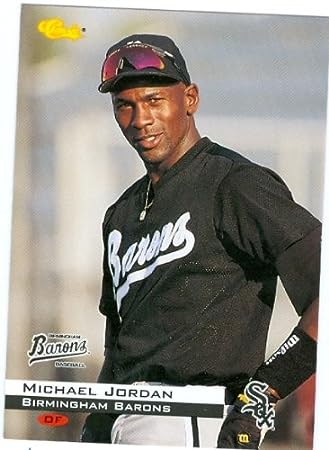 In that 1994 season, Jordan played for the Southern League’s (AA) Birmingham Barons, the White Sox farm team since 1986. For the Barons, his attempt to play baseball was a nice publicity stunt but baseball-wise, Jordan did not impress at all. A batting average of .202, an on-base-percentage of .289 and a slugging percentage of .266. His defense wasn’t impressive either as he posted a .952 fielding percentage and committed eleven errors in the outfield.

Even though his baseball career was short-lived, Ben Epstein wrote a script for a movie, named the prospect. The name is rather strange as Jordan never was a prospect. But nevertheless, Epstein’s script is on “the 2017 Black List”, a list of scripts favored by Hollywood executives during the past year that have not yet gone into production. To be included on the list, a script has to have been mentioned by the executives polled six times. The Prospect received seven votes.

The screenplay follows the year of Jordan’s life after his father’s murder during the summer of 1993. Jordan three consecutive NBA titles with the Chicago Bulls under his belt and said he had lost the desire to play basketball after his father’s death. He decided to try baseball, a sport his father always wanted to see his son play. (His Royal Airness  played baseball in high school.)

The Barons team Jordan played at was led by Terry Francona, who later would guide the Red Sox to two World Series titles.

It is rumored that Will Smith may produce the movie. Perhaps he will also be the person who impersonates Jordan. But perhaps Jordan will play himself as he did in the movie Space Jam in which he is portrayed as a player of the Birmingham Barons as well.