It’s that time of the year again. Time for an anthology of national champions in European baseball.

Belarus:
Another season, another championship for BC Minsk. But this time, their opponent, Logishin Wolves, won a game, the first one to be exact 7-6). But then BC Minsk bounced back and won three games in a row (25-13, 22-2, and 14-2). Ilya Sladzinski contributed in a big way in game three, as he pitched a complete game and went 4 for 4 with a grand slam.

Belgium:
For the first time in three years, the Deurne Spartans reached the championship series. The opponent was the reigning champion Hoboken Pioneers. It looked like the Hoboken Pioneers would sweep their opponent, as they clearly won game one and two, but the Deurne Spartans bounced back in a strong way, beating Hoboken 6-4 but eventually, Pioneers clinched their ninth Belgian championship in dominating fashion as they won game four 25-10.

Bulgaria:
For the fifth year in a row, the Sofia Blues won the Bulgarian championship. Once again they faced Blagoevgrad Bisons. In the third game of the best-of-five series, the Blues had to go deep as the Bisons loaded the bases in the ninth with no outs, but eventually, Blues ace Chernozemski got out of the jam, thanks to a nice double play.

Croatia:
For the first time in ten years, Baseball Klup Zagreb was in the championship series of Croatia. Its opponent was the reigning champion Olimpija Karlovac. In a best-of-seven series, Zagreb didn’t stand a chance as they were swept by Olimpija Karlovac, that won its eighteenth Croatian championship.

Czech Republic:
After not winning the championship for a few years, Draci Brno is back at the summit of the Czech Baseball world. In a local derby, Draci beat Hroci (Hippos) Brno in six games. The championship game was won 6-4, giving the Dragons its 23rd Czech championship.

Denmark:
The championship series of Denmark was played between Århus Baseball and the Malmö Pilots. Interesting fact is that Malmö is the second largest city in Sweden. In a one-game final, Malmö stayed at the right side of the score. Last year’s champion, Århus, handed over the champions cup to their opponent.

Finland:
After the Tampere Tigers took over as Finnish champions in 2021, the Espoo Expos are back at their throne. In a best-of-five series, the Tampere Tigers were swept with a run differential of 36-8. Talk about dominance. This win handed the Expos its 18th Finnish baseball championship.

France:
Another year, another championship for the team with the biggest budget: the Rouen Huskies. This year, the Savigny-sur-Orge Lions were the opponent. A different opponent, but the same result. The Huskies beat their opponent 3-1 in a best-of-five series, earning its 17th championship. 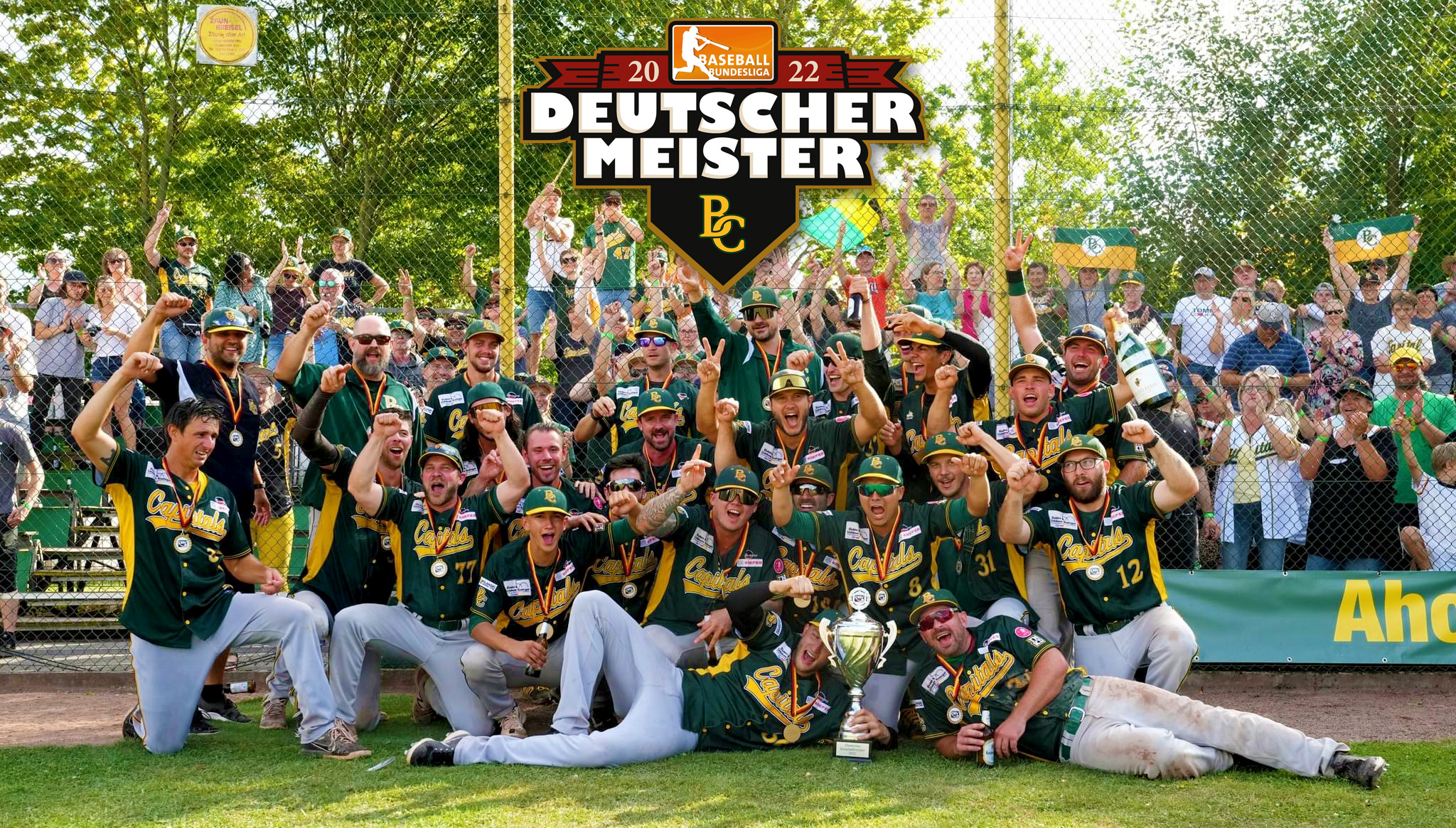 Great Britain:
In a one-game final, the London Mets won the British championship once again, beating their cross-town rivals the London Capitals 9-4. It was the fifth straight and sixth overall championship for the Mets.

Italy:
For the second straight year, San Marino Baseball clinched the Italian championship. In a best-of-seven series, it was exciting until the final out of game seven. After every game, San Marina took a lead, Parmaclima Parma bounced back and tied the game. Eventually, in the seventh game, the match took much longer than the usual seven innings. After seven innings, the game was scoreless, and only in the eighth, both teams scored a run. Eventually, San Marino needed twelve innings to score the winning run and repeat as Italian champion. 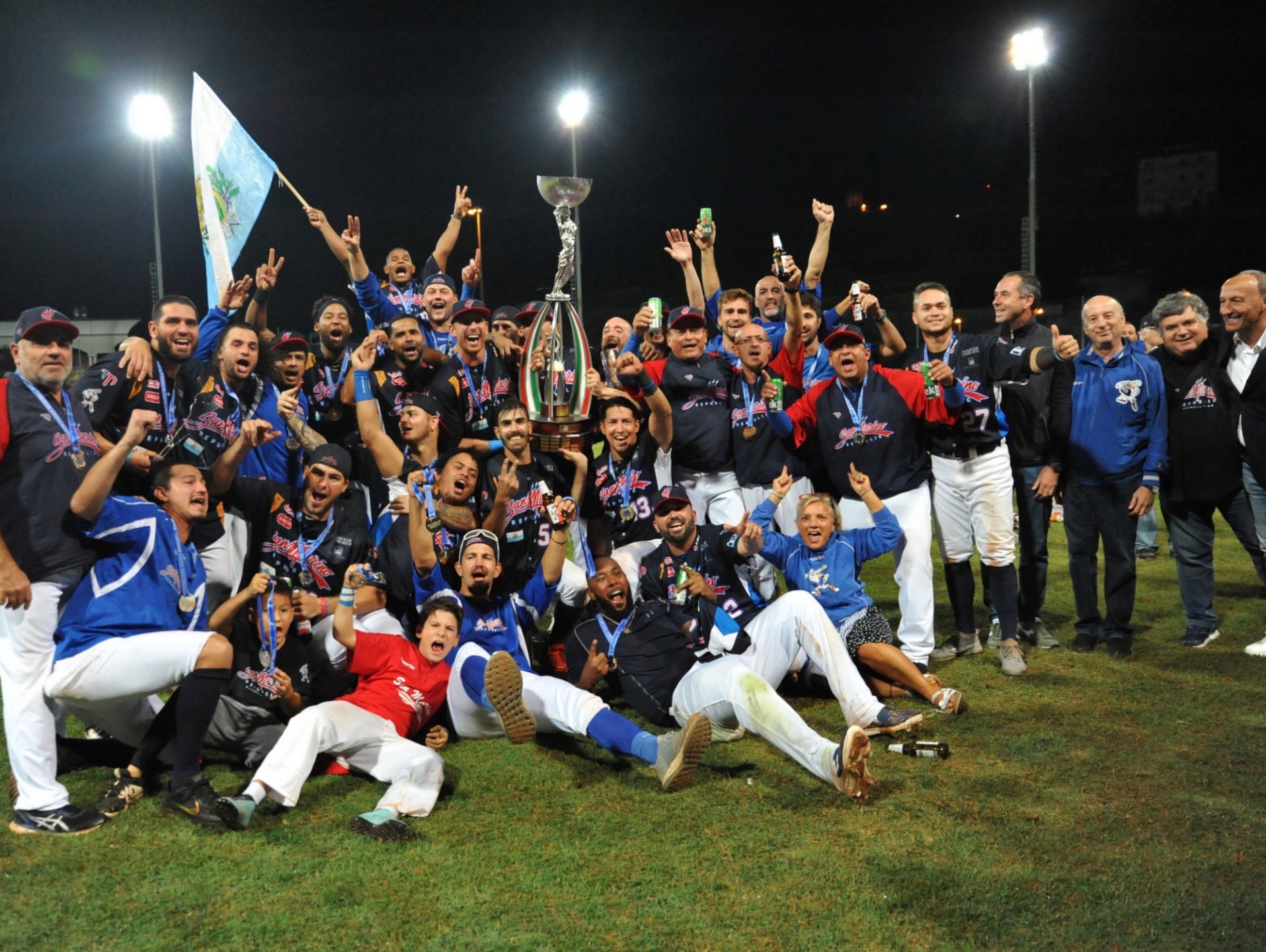 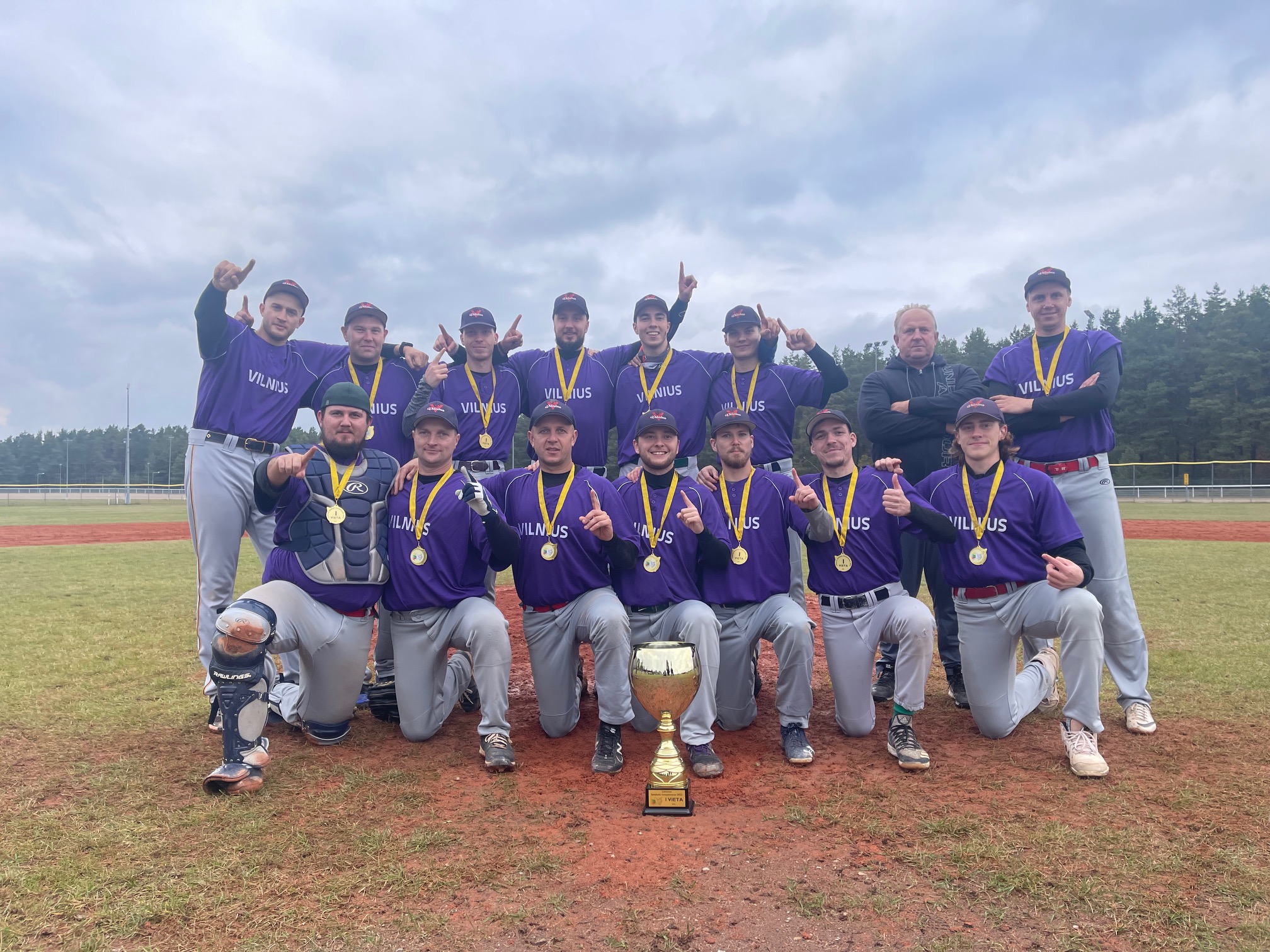 Netherlands:
For the first time since 2012, another team than Curaçao Neptunus or L&D Amsterdam Pirates prevailed as Dutch champion. This time, HCAW from Bussum clinched the Dutch championship by sweeping Neptunus in a best-of-seven series. It was the third overall championship for HCAW, their first since 1998. 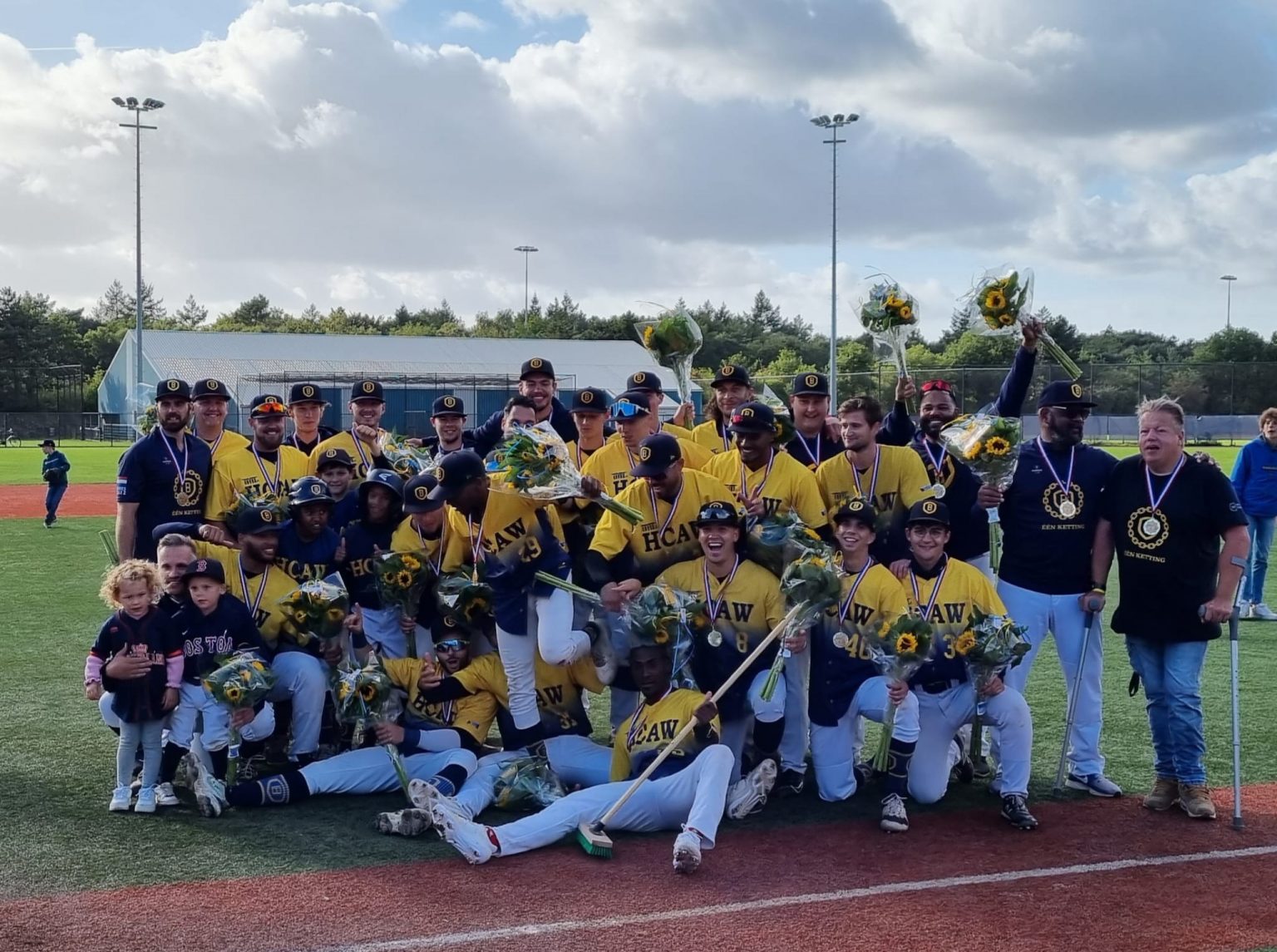 Norway:
The Norwegian championship was decided in one final game. The participants were Vålerenga Baseball, which dominated the Eastern Division of the Elite Serien by going 14-0, and the Kristiansand Suns. Valerenga prevailed by beating the Suns 6-5 in seven innings.

Portugal:
The Loulé Ravens won the 2022 Portugese championship. In a best-of-three series, they swept the Piratas da Ria. The Ravens won these games 12-6 and 15-0.

Russia:
For the third year in a row, Russtar won the Russian championship. The team swept crosstown rival Moskvich, 3-0, 8-4, and 15-3).

Slovakia:
2022 was another season in which Apollo Bratislava won the Slovakian championship. They swept the Tvarna Angels in a best of five series, roughing them up in game three 16-6. This year’s title was Apollo’s eleventh overall title. 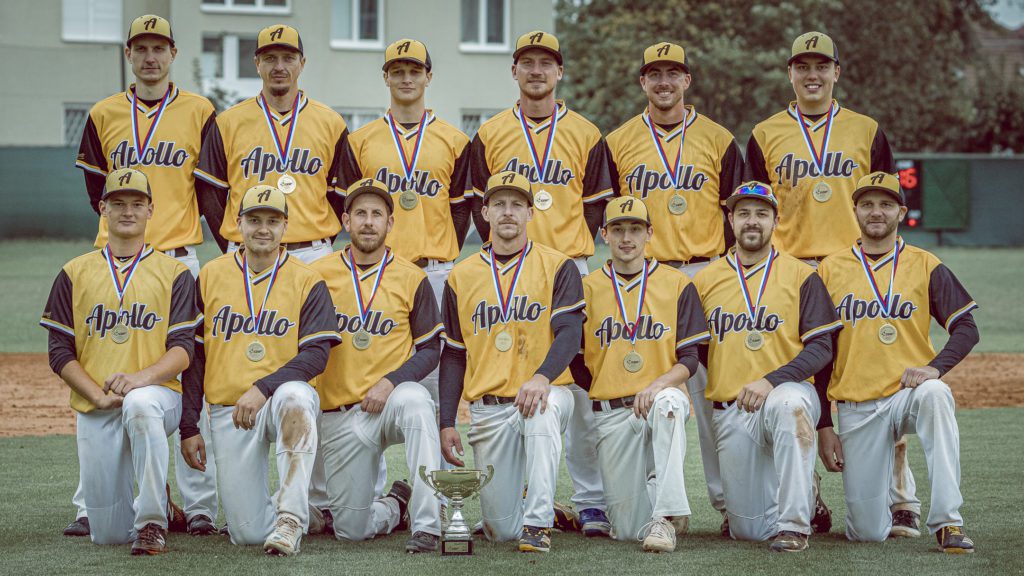 Spain:
A repeat of last year’s championship series. The Tenerife Marlins vs Astros Valencia. This time the Astros didn’t stand a chance, as they were swept in a best-of-five series (7-3; 3-2, and 12-0). For the Tenerife Marlins, it was their fifteenth national title as they are nearing FC Barcelona which won seventeen Spanish championships.

Switzerland:
Another season, another championship for the Therwil Flyers.
For the fourth year in a row, the Flyers clinched the Swiss title. This time by sweeping the Zürich Challengers in a best-of-five series in a convincing fashion: 17:4, 7:3, 10:2. This is the fifteenth Swiss championship for the Flyers. 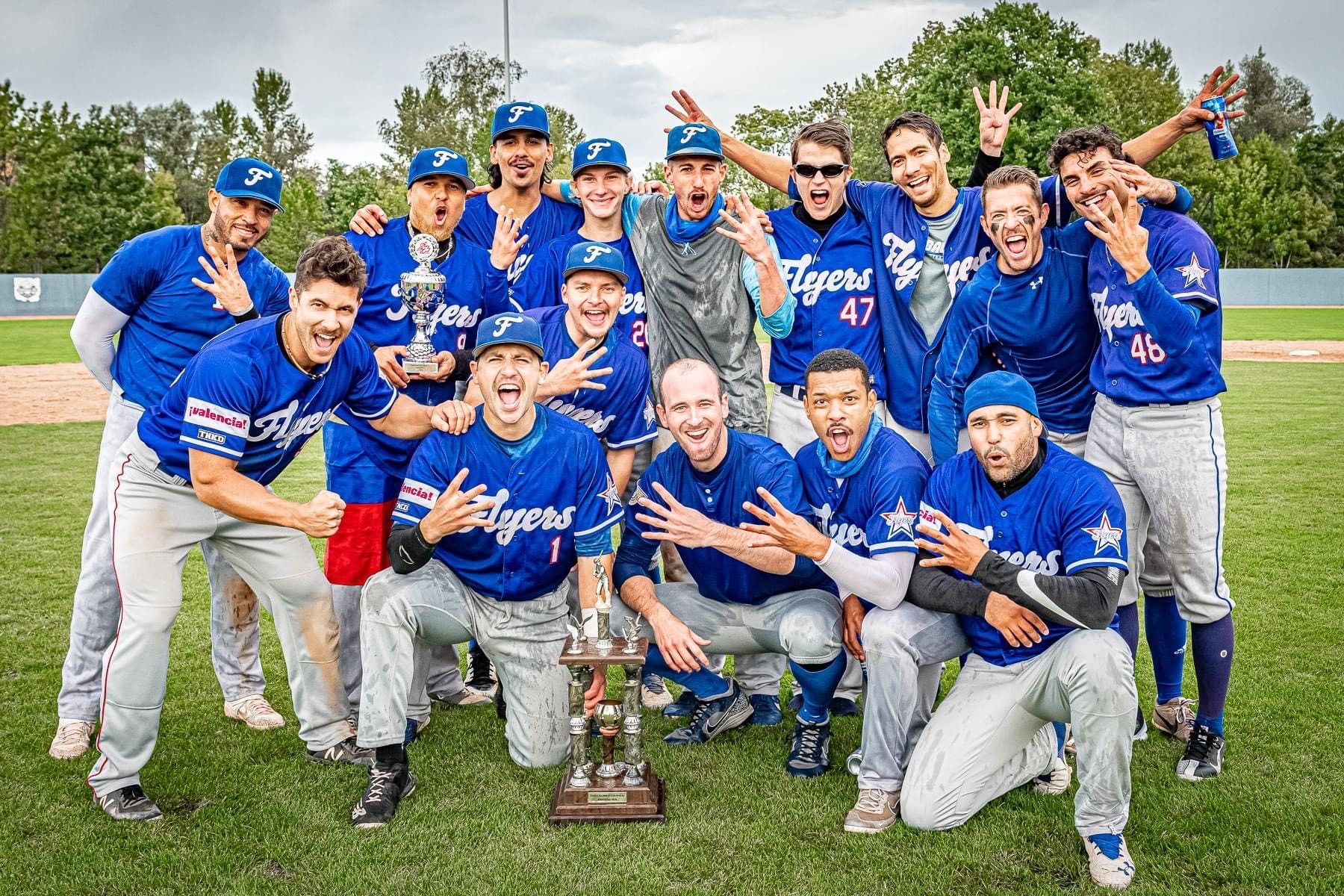 A big thank you goes out to Ilya Sladzinski, who informed me about the Belarus championship.