Since the season in Belgium has started already, it is a bit like swinging after the bell, but better late than never. In today’s episode of “Transactions in Belgian Baseball…” we pay attention to the recently promoted Sunville Tigers, who had to wait for the final additions before the club could provide the necessary information. 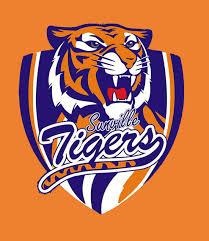 The team from Zonhoven added a total of four new players. This was pretty necessary as the number of players on the team’s roster was rather thin to play at the highest level of Belgian baseball. In the second-tier league, the club played in 2021, they played one game per week, so this thin roster was not a problem, but with two games per weekend, your roster needs to be bigger, especially the pitching staff.

As a result, the team started looking around and found reinforcements in the following players: Milan Mulkers, Ferre Vanhees, Efraim Herkul, and Mike Delgado.

Catcher/infielder Ferre Vanhees played with the Borgerhout Squirrels in Division 1 last season. At bat, he did not impress, but behind the plate, he was pretty impressive. In seven games, he had a fielding percentage of 1,000.

Efraim Herkul is a pitcher who is from the Netherlands and played for HSV Royals from Venray. Since this club is playing in the lower levels of Dutch baseball, no stats can be found online.

The final addition to the roster is utility man Paul Michael Delgado. This American born player can be used as a pitcher, as a catcher, as first baseman, and as outfielder.

Pitcher/outfielder Shelton Barbara from Curaçao (see photo on the right) will return to the Tigers after spending the 2021 season with them as well, just like pitcher/infielder Andres Ybarra from Venezuela.

The Dutch Baseball Hangout likes to thank the Sunville Tigers to provide the much needed information which made it possible to write this blog post.