In this series, we pay attention to the transactions in the highest Belgian baseball league, Baseball Gold (BBG). We continue with the team that finished in third place last season: Brasschaat Braves. 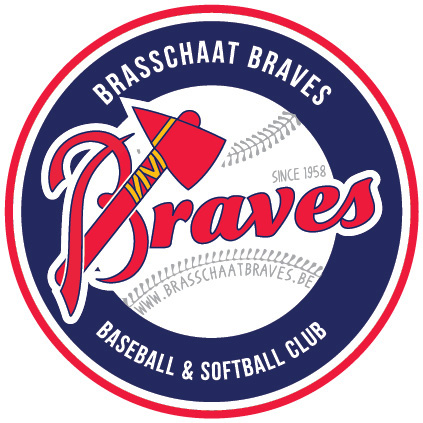 In preparation of the upcoming season, the thirteen-time Belgian champion has made several transactions. Two of the transactions are rather eye-popping. First of all the fact that Cédric De Smedt who returns to Germany to play in the 1. Bundesliga. Another surprising move is the acquisition of Christopher Gé. The utility infielder comes from Oosterhout Twins (Netherlands) where he mostly played with the farm team in the Overgangsklasse (second-tier league).

Another player that leaves the club is Ben Donnell, who returns to his home country Australia.

Other acquisitions are Jamie Verheyleweghen, who left Oosterhout Twins halfway the 2019 season after a dispute with head coach Jeffrey Arends. Larry Infante, a Venezuelan who can play multiple positions in the infield, comes from the Montpellier Barracudas.
Tibo Soebert and Stefan Schoonheydt both come from the youth ranks of the Braves.

For the 2020 season, the Brasschaat Braves are negotiating with an American pitcher.

The coaching staff of the club remains intact with Kevin Peeters at the helm of the team, third base coach Peter Van Walraven, first base coach Ignace Peeters and bench coach Tonny Verhaert.

One of the ambitions, like every year, is to keep on adding youth players to the flagship team and to give own players a chance.

For this year the club has set three goals next to adding youth players: Being a contender for the Belgian Championship, being a contender in the Belgian Cup and reaching a spot in the final of the Federation Cup which will be played at the club’s home field. The Federation Cup is a third-tier European Championship for clubs. The winner earns a promotion to the CEB Cup, which on its turn earns the winner a promotion to the European Champions Cup, Europe’s highest level of international club baseball.

A big thank you goes out to Hans Heyrman, who provided the much-needed information to write this blog post.