After the New York Yankees abandoned their Short-A affiliate about a week and a half ago, Staten Island is looking for a spot in the Independent Atlantic League. With the help of the City of New York, they are trying to convince the league to adopt Staten Island as one of its franchises.

But for that, the ballpark at St. George needs an upgrade. And you guessed it, upgrades cost money. Thus the city of New York steps in and vows to spend $5 million on the upgrades of the ballpark.

Officials for the city Economic Development Corporation, which owns Richmond County Bank Ballpark, confirmed it plans to allocate the government funds to make improvements to the 7,171-seat former home of the Staten Island Yankees.

The turf of the ballpark needs to be replaced. The intention is to put synthetic turf into place as it requires a lot less maintenance. The synthetic turf also makes it possible to organize other events like music festivals. Also new seating will be added. The dimensions of the ballpark will be adapted as well, so other sports like soccer and rugby can be played there.

The borough president and the EDC also said they’ve been working behind the scenes trying to keep minor league baseball on Staten Island by attempting to secure a franchise from the independent Atlantic League to play at the waterfront ballpark in St. George. 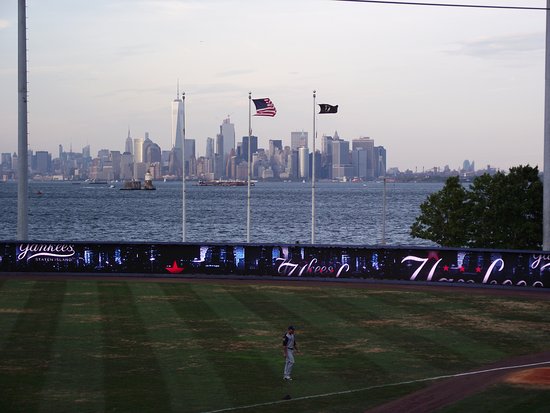 It remains to be seen whether the organization of the Staten Island Yankees, even though the club is defunct now, will remain at the ballpark. According to the contract with the Economic Development Corporation, the owners can walk away. They can also try to find a new club in an attempt to play at the ballpark next year.

Let’s hope that baseball in some form will return to the Ballpark at Saint George.