Today in 2011, the unthinkable happened. The Netherlands beat Cuba in the final of the last World Championship, sanctioned back then by the IBAF (now WBSC). From 2013 on, the World Baseball Classic would replace the official World Championship. As European champion, the Netherlands represented Europe together with Greece, Germany and Italy.

That 2011 team had some future MLB players on its roster: Jonathan Schoop, Didi Gregorius.
In the preliminary round, the Dutch only lost a close one in eleven innings to Canada, so it did not finish on top of the group. That honor was for the Canucks.

With these results, the Netherlands shared the first spot with Cuba after the second round, so both teams would have a rematch in the final. 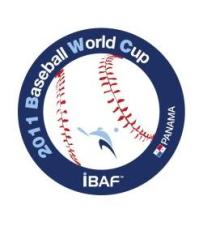 That final would take place on October 16, midnight (Dutch time). But it was pouring with rain in Panama City. Eventually around 4.00 PM (Dutch time) the game started. Yours truly just woke up in time to see the start of the game.

In the first three innings, Dutch starter Rob Cordemans didn’t allow a hit or a run. But in the fourth, Cuba got on the board. Frederich Cepeda doubled to right center field, followed by a wild pitch that allowed him to advance to third. A sac fly to center field by Alfredo Despaigne, drove in Cepeda to give Cuba the 1-0 lead.

But the Dutch would bounce back in the bottom of that very same inning. Sydney de Jong drew a leadoff walk, followed by a single to right field by Curt Smith. On a single through the right side hit by Bryan Engelhardt, Sydney the Jong could score the game tying run. With runners on first and second, Sharlon Schoop laid down a bunt to move over both runners. On Jonathan Schoop’s single up the middle, Curt Smith would score the go-ahead run.

The Dutch would cling on to this small lead. Rob Cordemans cruised through 7.1 innings, followed by Juan Carlos Sulbaran, who pitched one inning in which he allowed one run.
With one out in the ninth, David Bergman took the mound. He inherited a runner on first base with one out. José Daniel Abreu aimed for the fences but his hit ended in the glove of left fielder Dwayne Kemp. With two outs, Cuban manager Alfonso Urquiola brought Hector Olivera as pinch hitter. It would not be a succes as Olivera hit a soft line drive that ended in the glove of Jonathan Schoop.

The Netherlands had written history. For the first time ever, it had won the World Championship. Baseball loving Netherlands went bezerk.

Here is a long summary of the game. Unfortunately for the non-Dutch speakers, the clip is with Dutch commentary.