Now the 2020 regular season came to an end yesterday, it is time to look to the performances of the players. Who won the batting title, who had the best ERA, you name it. Here is an overview of the main categories. 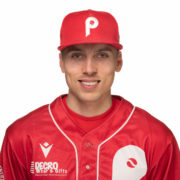 This year a thirty-six-year old record was broken. For the first time in as many years, someone batted higher than .499. And it wasn’t someone of Curaçao Neptunus or L&D Amsterdam Pirates. No, it was Victor Draijer of Hoofddorp Pioniers. His batting average? .500. With this average he was the first one since 1984 that reached that milestone.  Next to his batting title, Draijer set a record with a hitting streak of twenty games. If he gets a hit in tomorrow’s make-up game vs Quick Amersfoort, his streak will be extended to 21. Just to show what an incredible performance Draijer had, the runner up has a batting average of “only” .412. To make a long article short, Victor also led the hoofdklasse in base hits (fourty), doubles (thirteen), and on-base-percentage (.570).

Home runs:
For several years now, the home run champions of the Dutch hoofdklasse didn’t reach the mark of ten home runs. This year it wasn’t any different. This year’s home run champion is Kalian Sams with eight dingers. The sympathetic slugger of L&D Amsterdam Pirates played his fourth season for the team from Amsterdam. Perhaps it doesn’t come as a surprise that Kalian Sams also led the hoofdklasse in slugging percentage (.813) and runs batted in (twenty-seven).

Triples:
The talented Darryl Collins, who is stil under contract of the Kansas City Royals, but came back to his Dutch team Curaçao Neptunus because the Minor League Season in the USA was cancelled due to the coronavirus was one of two players that collected the most triples this season. The other player was Max Draijer of Hoofddorp Pioniers. Both players hit three triples this season.

Runs scored:
The player that scored the most runs in the 2020 regular season was John Polonius. After a season in Italy, he signed with Curaçao Neptunus as he was moving to Rotterdam anyway for a study. So playing for Neptunus was a perfect combination for him. In a successful season in which he ranked seventh with a BA of .359 (together with Kalian Sams), John scored twenty-seven runs.

Then off to the pitching stats. 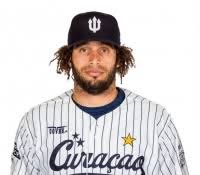 With a microscopic ERA of 0.86, Orlando Yntema can name himself the pitcher with the best ERA of 2020. Of course it is a stat that is also influenced by your team mates. A good defensive team helps to get the ERA of a pitcher down but this does not detract from the fact that Yntema is simply a very good pitcher. With the age of 36, he is still going strong and when we look to Rob Cordemans, we see that a pitcher can go on for a long time. So this could mean that Curaçao Neptunus could have a solid pitcher for years to come.

Wins:
Next to the best ERA, Yntema also recorded the most wins with six victories.

Strikeouts:
The pitcher with the most strikeouts is Chris Pfau.
Even though Pfau is a solid pitcher, he only appers in the top ten of one of the other main pitching categories (innings pitched). The number of batters he retired on strikeouts is fourty-five.

Innings pitched:
Also the pitcher that has pitched the most innings in 2020 doesn’t come from the big two (Curaçao Neptunus and L&D Amsterdam Pirates). Dennis Burgersdijk is pitching for HCAW from Bussum. He pitched 48 innings this season, just 5.1 innings more than his team mate Luuk ter Beek. To show that Dennis is a solid pitcher, his name appears in the top ten in three of the other main pitching categories ( ERA, Ks, and wins).

Saves:
Also the pitcher with the most saves recorded is playing for HCAW (just like the runner up). Gio de Graauw saved five games for the team from Bussum. The fact that De Graauw ranks third in the ERA standings (1.17), shows that he is a reliable pitcher as well.

This blog post is brought to you by Score66 Baseball