Back in the time of the Negro Leagues, there was this team, the Indianapolis Clowns. The team was baseball’s version of the Harlem Globetrotters. But there was another team that had a “comical” act. As a “coincidence” the team had the same manager/promoter as the Clowns did: Syd Pollock. This is a piece on how this team exploited African stereotypes.

The Zulu Cannibal Giants saw light in 1937/1938. The team was inspired by the war in Ethiopia that was a result of Italian aggression. The team was formed by Charlie Henry, who, himself had played in independent Negro League ball as well. The team referred to themselves as a Zulu tribe. The team played with bats that resembled Ethiopian war clubs.

The players painted their faces and bodies with African war paint, went shirtless, wore grass skirts, and played barefoot. Even though the team is named Negro League team, it never was part of the Negro Leagues. It was merely a barnstorming team.

In the pre-integration era, people had a completely different point of view on what was 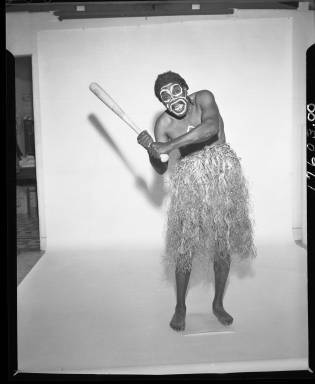 discriminating and racist. In those days, The name Indians or let alone the name Redskins were considered normal.

Even though the Indianapolis Clowns were not a very serious act in Negro League baseball, the Zulu Cannibal Giants went several steps further. Former Negro League Star Buck O’Neil played one season with the team as their first baseman Limpopo. O’Neil once stated in his autobiography: “Looking back on it, the idea of playing with the Cannibal Giants was very demeaning.”

Demeaning it was for sure. The players had names like Limpopo, Wahoo, and Nyassas, indicating they were tribe members coming from Africa and Borneo.

Of course, the Zulu Cannibal Giants were very popular among white baseball fans. For a couple of dimes, they could escape the hardships of the Great Recession and could experience the thrill of an “African” adventure. This allowed white spectators to consolidate their racist prejudices and thus their position of dominance in American society. The players entertained fans between games with various ‘comedy’ acts including staged fights with spears and shields. 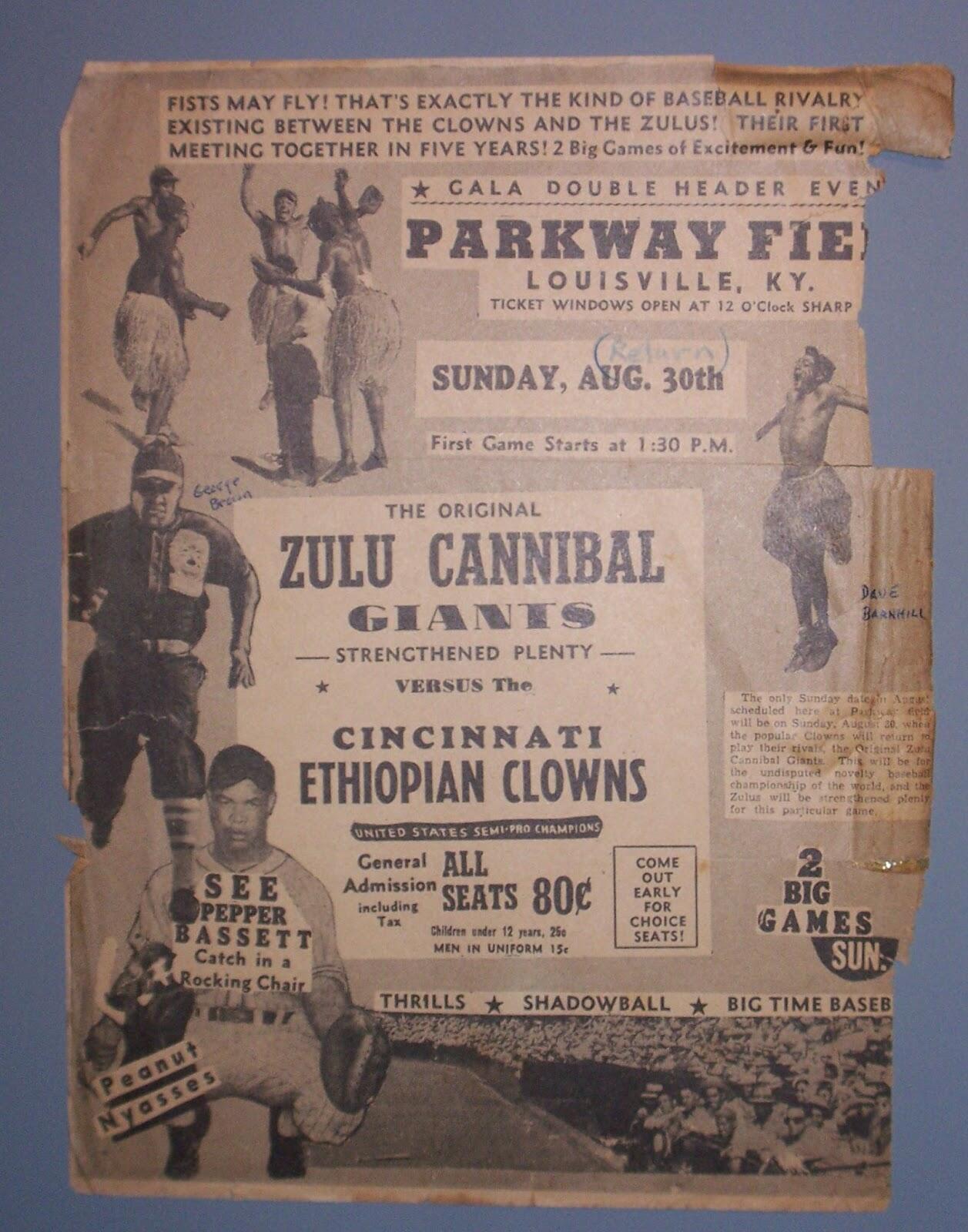 It doesn’t come as a surprise that the team did not attract any black fans. In fact, the Zulu Cannibal Giants were not even accepted by Negro Leagues. But despite the lack of acceptance/respect by the Negro Leagues, the team faced the Indianapolis or Cincinnati Ethiopian Clowns every now and then but that was likely in the days before the Clowns joined the Negro Leagues in 1943.

With that background, one can wonder why African American players joined a team that put down people of their own. Likely there is only one reason that can explain this.  The team was founded in the second half of the 1930s  and just like their white fans, the players of this team faced economic hardships. And by joining this team, they would bring home the bread. In his autobiography, Buck O’Neil stated that when he met Charlie Henry, the latter asked how much he made in the Negro Leagues. As O’Neil said ninety dollars per month, Henry said that he could make much more money than that if he would join the Cannibal Giants.

Despite the fact that the act was regarded as harmless fun, it was as racist as racist can be. Of course, it is part of Negro League baseball but a dark part for sure.