On this day, sixty years ago, a wrecking ball, adorned as a baseball, will start the demolition of the home of the former Ebbets Field. After forty-seven years, the legendary ballpark will be erased.

The iconic ballpark was opened on April 9, 1913. In the previous years, Dodgers’ owner Charlie Ebbets, bought pieces of land in an area that was called Flatbush. A garbage dump called PigTown was also part of the acquisition.
He didn’t tell anybody about the fact that he wanted to build a ballpark over there as he knew, the prices would be soaring.

Eventually, on March 4, the groundbreaking ceremony took place. It would take more than a year to build the new steel and concrete ballpark. The first game played was an inter-league exhibition game against the New York Yankees on April 5, 1913, played before 30,000 fans, which was much more than the capacity of  18,000. 5,000 more fans who had arrived were not able to get in.[After a loss against the Yankees in another exhibition game on April 7 in front of about 1,000 fans on a very cold day, the first competitive game was played on April 9 against the Philadelphia Phillies, with Brooklyn losing, 1-0.

Besides the facade, the new ballpark would not look like the way it would look in the 1940s as the diamond was almost completely surrounded by stands and bleachers.

In the first three decades, the Dodgers would not experience a lot of success. The only WS appearance before their success took off in the 1940s was in 1920 vs the Cleveland Indians as the team was called Brooklyn Robins, after their manager Wilbert Robinson.

After Walter O’Malley gained majority ownership of the club, things would slowly go in the wrong direction. Sure the ballpark was in the midst of a borough that wasn’t served by lots of public transport, at least this is what O’Malley wanted us to believe. What was the original nickname of the Dodgers? Right, Trolley Dodgers. If there was hardly any public transport why would the Dodgers have been called Trolley Dodgers?  As the ballpark was surrounded by a lot of houses, there wasn’t enough room to park cars in an area that the car gained popularity. 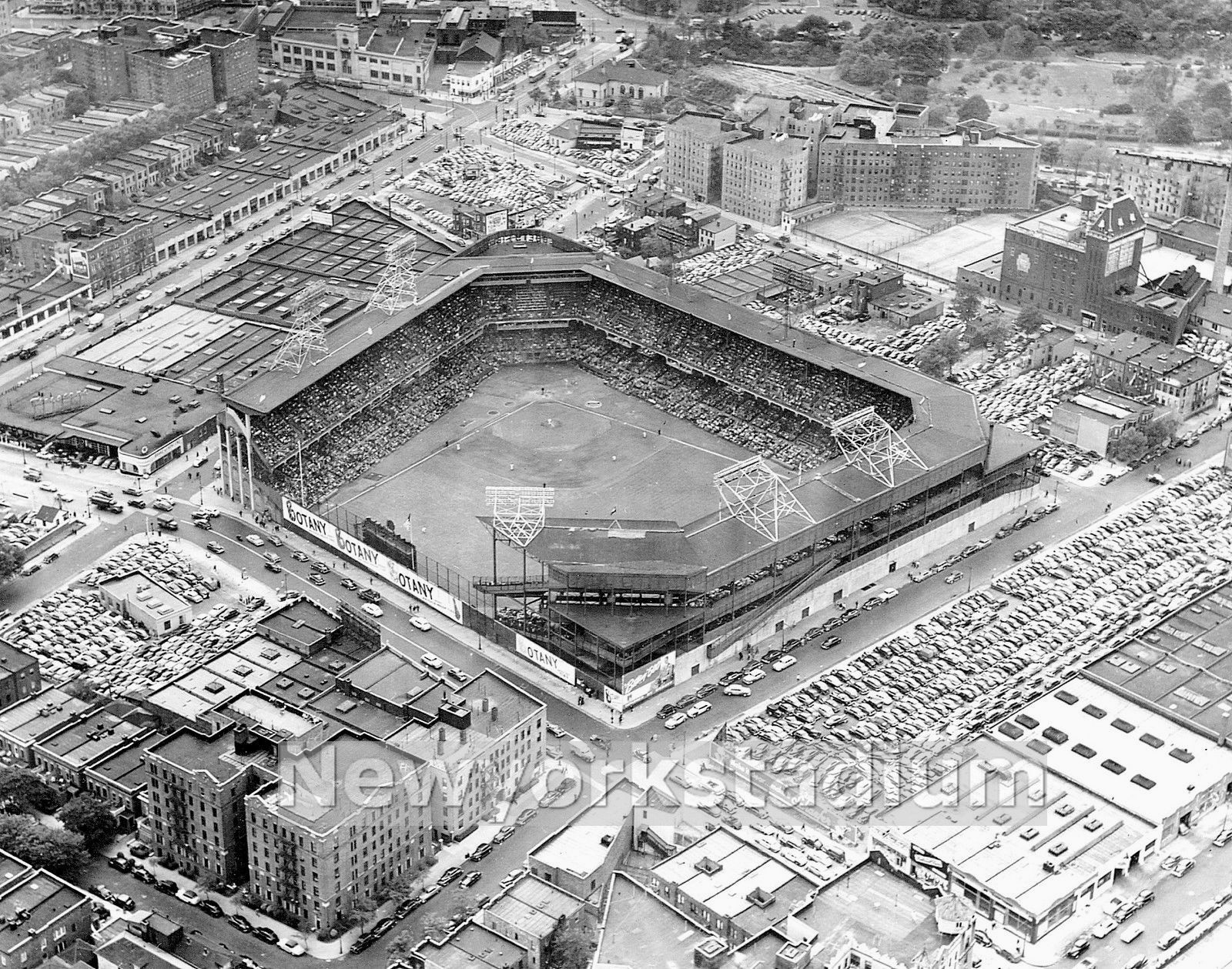 But that wasn’t the only reason the attendance went down. During the days Branch Rickey still held a part of the ownership, the ballpark got a paint job before the start of every season. But from the moment, O’Malley was looking for a new ballpark, those paint jobs were skipped and the ballpark started to deteriorate. Also, the plumbing wasn’t in the best shape. According to several Brooklyn Dodgers fans, O’Malley ordered his call center to tell fans that called to make a reservation for a ticket, the games were sold out, thus keeping the seats empty on purpose. All this to persuade the city of New York to give him land to build a ballpark. O’Malley wanted to pay for it but only for a fraction of the price. Robert Moses could have sold the land to O’Malley at a below-market price but he refused to honor O’Malley’s request and responded by saying, “If you want the land so bad, why don’t you purchase it with your own money?” Despite an agreement between O’Malley and Governor W. Averell Harriman. Harriman (the governor of New York) about authorizing the construction of a sports center in Brooklyn – a center that would include a new home for the Brooklyn Dodgers, O’Malley turned his sight to the West.

We all know how it ended. O’Malley was lured in by the city of  Los Angeles that literally gave him a piece of land at Chavez Ravine. A piece of land that was inhabited by a large Hispanic community, that was forced to leave even though some were persuaded to sell their land for a fraction of the price it was really worth.

The sad thing about this is that even though O’Malley lied and cheated his way out of Brooklyn, his family did everything it could to rewrite history and to portrait him as a saint and pioneer. Didn’t they claim that he was the man that brought Major League Baseball to California? Sure he was, but his role in this is vastly exaggerated as MLB was coming to the Golden State anyway with the expansion of 1961 as the Angels landed in Los Angeles.

Despite the fact that O’Malley had sold Ebbets Field to  Marvin Kratter, a real estate developer, and had a lease until 1960, he moved to Los Angeles anyway. By the time, O’Malley sold the ballpark in 1956, he knew he was going West already even though he kept up appearances by claiming he wanted to stay in Brooklyn.

After the Dodgers left, the ballpark was used for a variety of events. One of them was a demolition derby where cars desegregated the former playing surface of Ebbets Field.

Eventually, the demolition of the famed ballpark started on February 23 when a crane dropped a wrecking ball adorned as a baseball on Dodgers’ dugout. As a publicity stunt, former Dodgers catcher Roy Campanella, who was wheelchair-bound after a car accident, was given an urn with the dirt from behind home plate Several photos were taken with him and his Dodgers jersey with the Ebbets Field grandstand in the background. Several Brooklyn faithful attended this event, bursting out in tears when the demolition began. 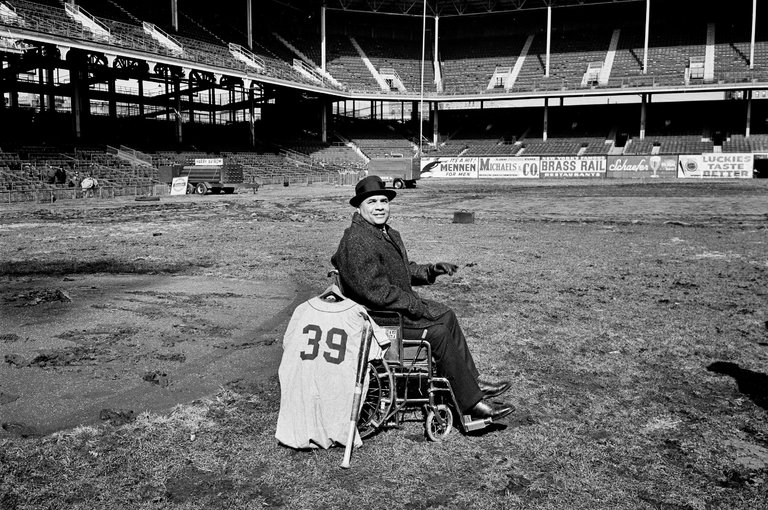 Ebbets Field was demolished to make room for apartment buildings that would be named after the ballpark.  But after almost sixty years, the apartment complex, like the ballpark it is named after, is also dealing with an owner that is not willing to maintain it well.