After several top tens about MLB, MiLB, European, and Dutch baseball caps, I thought it was time for a Belgian edition.

So here we go.

10. Namur Angels
Normally I like classic logos better than new looking ones, but the exception makes the rule. The logo on the cap of the Namur Angels is such an exception. I like the color setting of the cap as well. The Namur Angels are the only club from Wallonia that managed to win a national championship (1998). The cap shown on the photo isn’t the best one I could get but with the logo next to it you will get an idea how it looks like.  Also this one is still on my wish list. 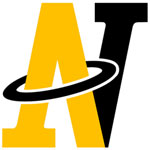 9. Belgium national team cap
I like this cap because of the two colors , the playful B on the front and the Belgian flag on the back of the cap. Besides that, this cap has a special place in my collection because it was game worn.

8. Royal Greys
The Royal Greys are located in Merksem, in the Northern part of Antwerp. Originally the club was from Luchtbal but moved to a new facility in Merksem when the club existed 50 years. That was also the moment they applied for the title Royal, which Belgian clubs can do when they exist 50 years. I like this cap because of the color and because of the classic G on the front.

7. Wallonia Little League
This is an old cap, not in use anymore. In the past, the Little League teams of Flanders and Wallonia had their own uniforms. Nowadays they wear the unis of the Belgian national teams. What I like about this cap is the playful W on the front and the Belgian flag on the back.

6. Deurne Spartans
Sure this cap is a direct spinoff of the one of Michigan State Spartans. But nevertheless, this is a nice cap with a classic logo. The current cap has a green button instead of the white one shown on this pic.

5. Brussels Kangaroos
This cap sports a classic K which makes it belong in my top ten. Weird thing though is that despite the classic K, the logo of the club is very modern and doesn’t match with the classic K.

4. Ghent Knights
The Ghent Knights used to play in the highest Belgian league, BBG, but currently the team is residing in the Eerste Klasse (second-tier league). Another classic K makes this one belong in my top ten.

3. Merchtem Cats
The Merchtem Cats are located near Brussels. Currently it is the only baseball club from outside the Antwerp area that is playing in the highest Belgian league.
This black cap sports a red classic old English M. And since I am a sucker for caps with old English letters, this one belongs in my top ten.

1. Berendrecht Bears
I have to turn a blind eye here since the Berendrecht Bears are a softball club. But their cap is one of a kind. A green crown matches well with a red lid. The front sports a bear’s head and the back a bear’s paw. Unfortunately, I still don’t have this cap. But it is on my wish list.  The club is located close to the Dutch border. Even that close that a home run might end up in the Netherlands.