Yesterday José Altuve and Alex Bregman made their apologies to the baseball world for their role in the Astros’ sign-stealing scandal. Also, Astros owner, Jim Crane made a statement. In both cases, fans must have raised their eyebrows. 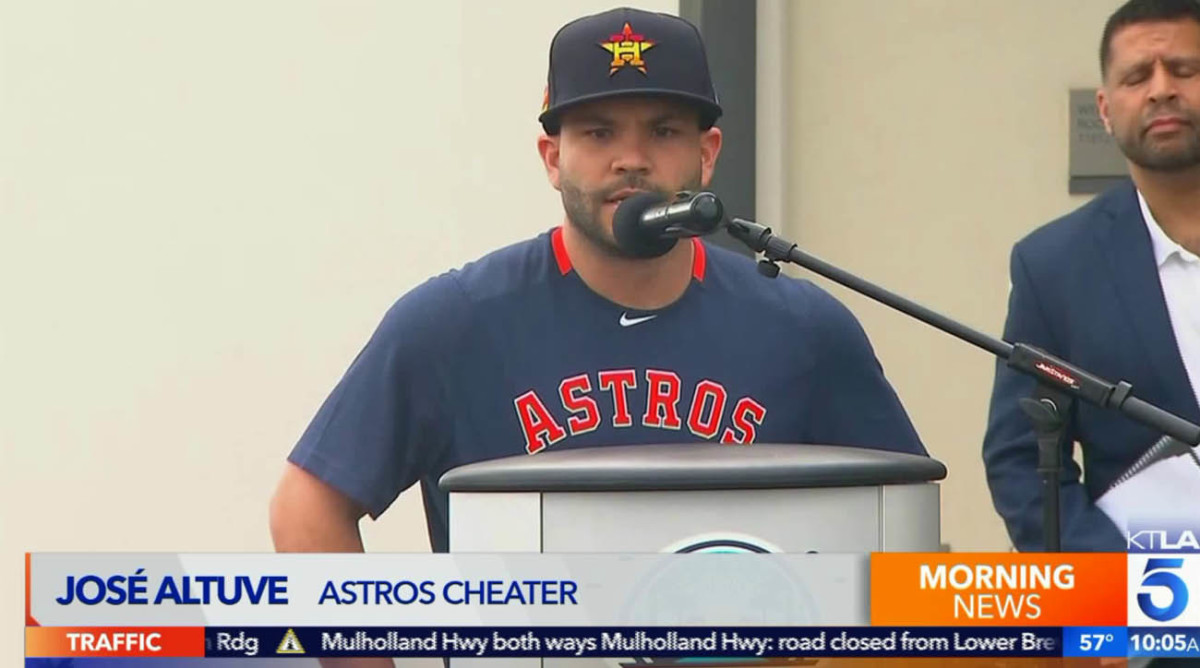 The apologies of Altuve and Bregman were literally read statements without ANY sign of remorse. Those statements were read with the emotion of a dial tone like Sports Illustrated mentioned it. But the biggest fail came from Jim Crane. The Astros owner stated the following: “The sign-stealing didn’t impact the Astros’ title run. The players are a great bunch of guys who did not get the proper guidance of their leaders.” So if the sign-stealing did not impact the Astros’ title run, why was he apologizing? Besides that, the MLB report clearly stated that the whole scam was player-driven so Crane clearly forgets to address that baseball players are grown men who are responsible for their own deeds. No, Crane rather fired the manager and the GM than solving the real problem. And with that, Rob Manfred is an extension piece of the MLB owners. With that, we come to the real problem.

In 2017, several clubs turned to MLB to address the sign-stealing of the Astros. But MLB looked the other way. Only recently the governing body of professional baseball “acted” by investigating the Astros. As written above, the result was a report that stated that the whole sign-stealing was player-driven with Carlos Beltran as the initiator. But instead of punishing the players, MLB rather suspended AJ Hinch and Jeff Luhnow. With this, MLB and the owners gave a signal: We rather muddle through than to restore the integrity of the game.

Is this strange? Perhaps not. Allegedly, there are eight other clubs that are suspected in this sign-stealing scam. If all these clubs (and players) need to be punished, the league will collapse. Teams will be forced to play with an AAA lineup and will not stand a chance in the league for a year or perhaps longer.

As a baseball fan, I rather see the integrity of the game restored. I rather see players who were/are involved in sign-stealing punished, no matter which team is involved. If my favorite team, the Yankees, is really involved as rumors tell, they should be punished as well. I don’t want to root for a bunch of cheaters.

As Sean Doolittle stated last week, outings of pitchers were influenced by this sign-stealing. For some it was their only or even last chance. So this sign-stealing will surely have had a major impact on the careers of some players.  But apparently Rob Manfred and his cronies do not care about that. They only want to protect their product, no matter how. If that means fans will lose their faith in Major League Baseball, so be it.

Because of the lack of action by MLB and because of the arrogant attitude of MLB towards the Minor Leagues, I am slowly getting sick and tired of Major League Baseball. My interest for it is at an all time low. I am pretty sure there are more fans that think alike. And perhaps that is something MLB should think about.

Compared with two weeks ago, we know a lot more about the scam. Bit by bit more proof and information came to the surface. Proof about who was the leading figure in this scam, proof about teams having warned MLB, without Manfred taking action, etc, etc. You can easily say that this cesspit is getting bigger by the day.