Before getting on the 10-day DL, Xander Bogaerts was red hot. In nine games he hit a whopping .368 with seven doubles and two home runs. But on April 10, the 25-year old Aruban was placed on the disabled list due to a small crack in the talus bone in his left ankle. Xander himself expects to be back in 10-14 days, so if his expectations are right, he is on the verge of returning to the daily lineup. The shortstop of the Boston Red Sox turned five double plays and had 14 putouts and 26 assists.

In general, catchers aren’t the best hitters. Chadwick Tromp is no exception to that rule;

at least, so far. In the past, he had two seasons in which he hit .311: 2014 (combined at A Full Season and AAA) and 2017 (with the Daytona Tortugas). Last season, the 23-year old Aruban split the season between the  Tortugas and the Pensacola Blue Wahoos (AA). It was clear he had to get accustomed to the level as he hit .259. But so far this year, also with the Blue Wahoos, his isn’t seeing the ball well. He struck out 11 times in 10 games so far and is hitting a subpar .189. So far his best game at bat was on April 11 vs the Chattanooga Lookouts when he went 2 for 3. Behind the plate, Chadwick is doing a decent job. He committed two errors and threw out 33% of the potential base stealers.

After a splendid debut in professional baseball at A Full Season last year, Tom de Blok is not faring that well so far this year.  In two starts with the Lakeland Flying Tigers (Florida State League), Tom struggled quite a bit and was hit hard. Especially in his start vs the (Port) Charlotte StoneCrabs, Tom gave up 6 earned runs on 8 hits. It is not he is lacking control as he has given up only two walks so far. Anyhow, Tom will have another chance tomorrow to set things straight as he is scheduled to start vs the Florida FireFrogs.

Eugene Helder had a solid season at the Northwest League’s Everett AquaSox, where he

hit .304. The 22-year old Aruban infielder was rewarded for that season and was promoted to A Full Season, where he was placed on the roster of the Clinton LumberKings. But so far, Eugene is having a hard time adapting to that level. He went off a great start as he went 2 for 2 in his first game, but ever since he has collected just one more hit and his batting average plunged to .103 as a result. In 8 games at third base, Eugene committed just 1 error which resulted in a fielding percentage of .929. 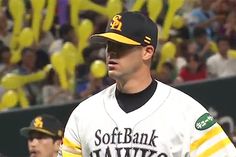 The tall righthander, Rick van den Hurk, had a bad start of the season in the Nippon Professional Baseball League. In his first game, he took the loss thanks to lack of decent run support as he gave up only two runs. But in the next two games, Rick set things straight as he won both starts. In his three starts, Rick has lowered his ERA from 3.00 to 2.84. In three starts, Rick gave up only 7 walks and struck out an impressive 19 batters and his WHIP stands at 1.158.