A new baseball season, a new round of updates about players of the Dutch Kingdom. With the Minor League season a week old now, it is time to shed a light on my fellow countrymen.

Even before the season started, it was clear that Ozzie Albies would be the everyday second baseman of the Atlanta Braves. He left a good impression in his first game of the season as he hit a home run to left field. The tiny athlete from Curaçao has proved he has some pop in his bat in the past two weeks. In twelve games he slugged four home runs, one triple, and five doubles, putting his slugging percentage at .630 next to his .276 batting average. What catches the eye is that Ozzie has struck out eleven times so far (not bad in twelve games) but that he hasn’t drawn a walk yet.

Right now there is only one Dutchie playing at AAA level, Spencer Kieboom is doing so-so with the Syracuse Chiefs (Washington Nationals) in the batter’s box. Spencer started the season well as he went 2 for 3 with a run and a walk vs the Scranton/Wilkes-Barre RailRiders (Yankees) but that was the last game in which he collected a hit. In the following three games he went 0 for 3 twice and 0 for 4. Behind the plate, he is performing well as he has 33 putouts, 2 assists, was part of 1 double play and threw out 50% of the potential base stealers.

Even though Jiandido Tromp has a big part of the 2017 season at AA with the Reading Fightin’ Phils under his belt, he is coming off a slow start this year. The 24-year old Aruban is batting .111 in five games so far. But on the positive note, he started to hit in his last two games as he went 1 for 4 and 1 for 5. So far Jiandido appeared in the outfield in four games, two in right field and two in left field. In one of the two games in right field, he committed one error that put his fielding percentage at .900 overall. 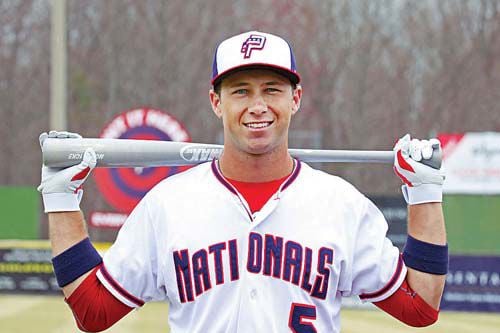 Another Kieboom in Minor League baseball. Carter, the younger brother of Spencer is doing fine so far. After spending just a part of the season at A Full Season, thanks to an injury, Carter was promoted to the A-Advanced Potomac Nationals at the start of the 2018 season. So far he has left a good impression as he went 5 for 15 in his first three games with two home runs.
Like I wrote recently, his defense at shortstop needs some improvement. In six games at that position, Carter committed three errors already.

Giants). Even though the season is a week old now, Franklin appeared in only one game so far. But in that sole game, he did very well. The 22-year old pitcher from St. Maarten entered the game vs the Columbia FireFlies in the fourth inning as the GreenJackets trailed the FireFlies 5-1. In his outing that lasted three innings, he kept the FireFlies hitless. He gave up a walk and fanned two, earning the win. 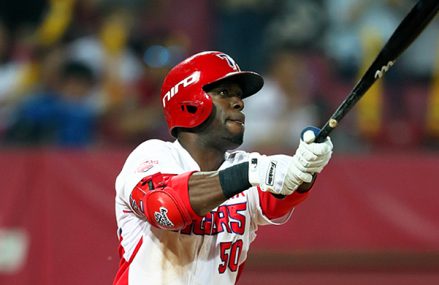 After a very successful year in Korea, Curaçacao native Roger Bernadina decided to return to the Kia Tigers. The KBO season is 15 games old and Roger is hitting just below .300 (.298) with three home runs and an on-base-percentage of .355 (with four walks drawn). He is rather effective with runners in scoring position as his batting average with RISP is .318. At the age of 33, Roger is still a speedy guy as he has stolen five bases already. At the moment of writing, the Kia Tigers are playing the Hanwha Eagles. In his first at bat, Roger singled to raise his average to .310 and raised the number of stolen bases to six.

As soon as the season in the Indy Leagues, in A Short Season and the Rookie Leagues starts, you will read about those players as well.