Until today, Kalian Sams was the sole player from the Kingdom of the Netherlands playing in the CanAm League. Until today… Today Danny Arribas signed a deal with the Rockland Boulders, the current leader in the standings of the CanAm League.

Arribas got available for the Boulders after he was released by the Pittsburgh Pirates for whom he played for their A-Advanced team in the Florida State League, the Bradenton Marauders. With the Marauders, Arribas struggled at the plate as he collected only 18 hits in 107 at-bats (.168) in 33 games. 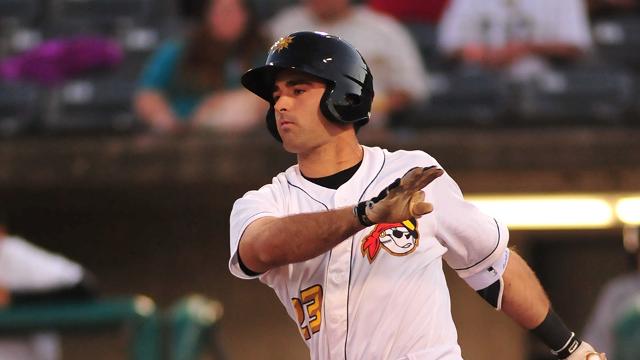 After spending four years at various rookie levels, he broke into A-ball in 2015 when he played for the West Virginia Black Bears (New York – Penn League), where he hit a decent .284. But the higher he got in A-ball, the lower his batting average was.

Arribas will replace catcher Matt Fortin, who played only two games for the Boulders before being released. In the Pirates organization, Arribas has played every position but pitcher and shortstop. Originally he was a catcher but rather soon after he debuted in

professional baseball, the Pirates tried him at other positions as well, so his playing time behind the plate was limited.

The Rockland Boulders are on top of the CanAm League standings with a three-game lead over both the New Jersey Jackals and the Quebec Capitales, where Kalian Sams is on his way to break the home run record of the league which stands at 31 and was set by Eddie Lantigua of….. the Quebec Capitales.