In Ballparks around the world another World Baseball Classic venue will be in the center of the attention. The Tokyo Dome in Japan will be host to the WBC for the fourth time since 2006. Next to hosting group B with Australia, China, Cuba and Japan, it will also host group E in the second round.

The groundbreaking of the Tokyo Dome began in 1985 and the stadium opened in March 1988. The Domed stadium replaced the former home of the Yomiuri Giants, Korakuen Stadium. It was the first domed stadium in Japan.Next to serving as the home for the Giants, this multi-purpose stadium is also home to concerts, monster truck racing, basketball games, (American) football games and much more. The Tokyo Dome is also home to the Japanese Baseball Hall of Fame. With the proximity of a hotel and train and subway lines, the Tokyo Dome is very well suited as a convention center as well.

The roof of the Tokyo Dome is a low-profile cable reinforced air-supported membrane structure and makes use of a translucent Teflon-coated fiberglass material.

The Tokyo Dome has a capacity of 43,000 seats, but that can be expanded with 12,000 seats, depending on the need of the event that is taking place.

The glass facade is carried by columns and is lifted from the ground, making the hall an open air area. But despite being an open air area, the glass protects against the elements.

Even though the design is quite modern, it is a bit outdated. There are several better looking domed stadiums in Japan.Especially the construction of the outfield bleachers is outdated as the bleachers run underneath the upper deck that is supported by concrete columns which obstruct the view of several seats. But despite being almost thirty years old, the stadium doesn’t show its age.

The following photos show how the seating capacity can be extended.

Here are several other photos to give you an impression of Japan’s oldest domed stadium: 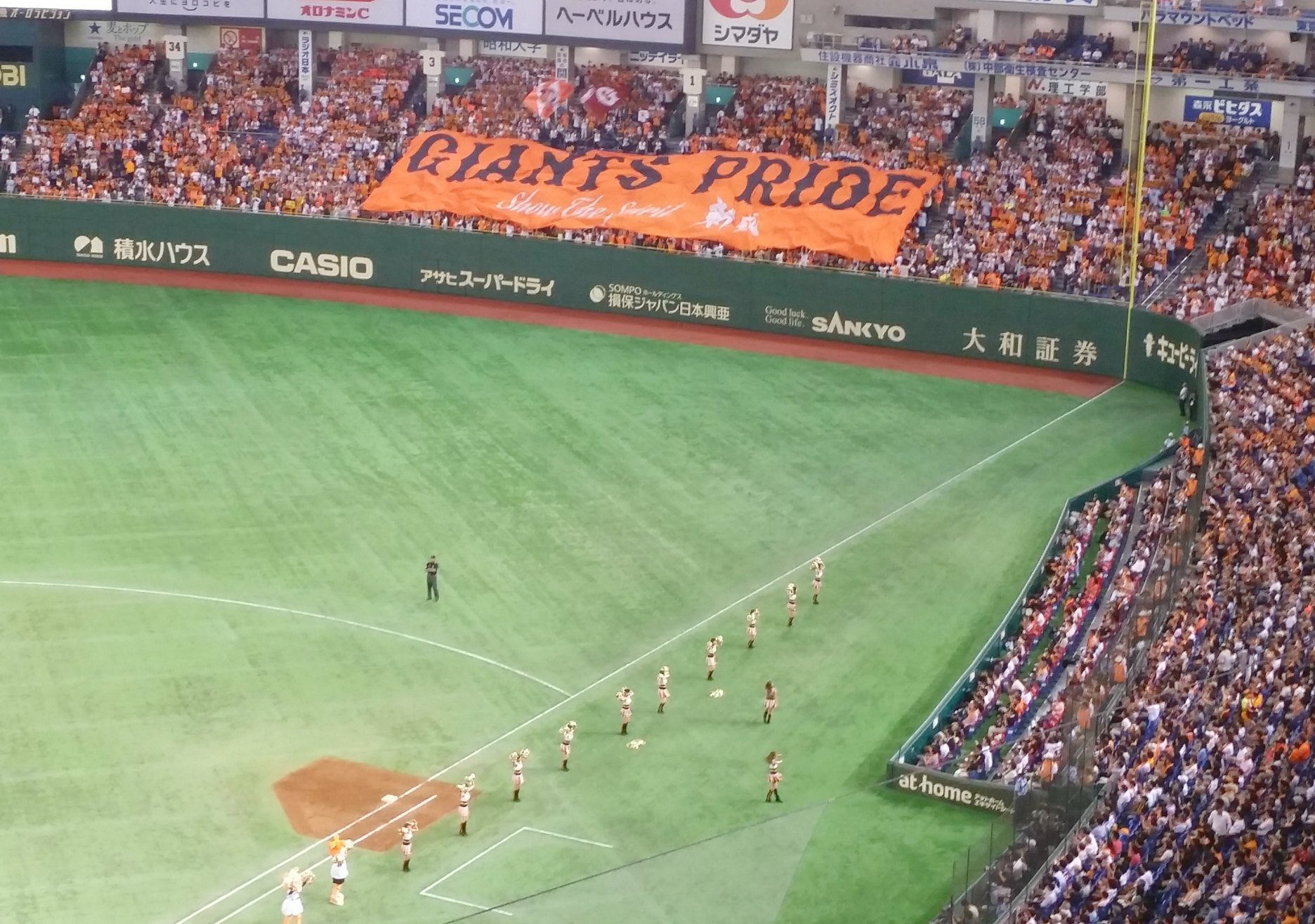 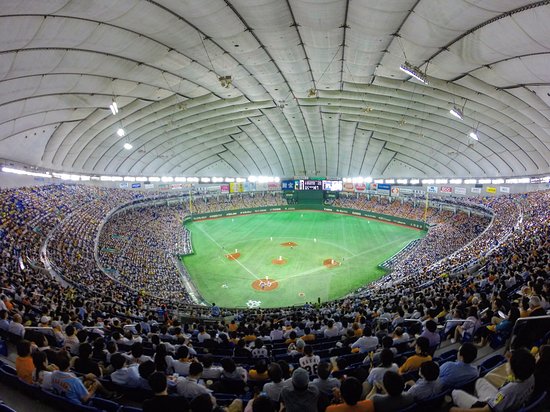 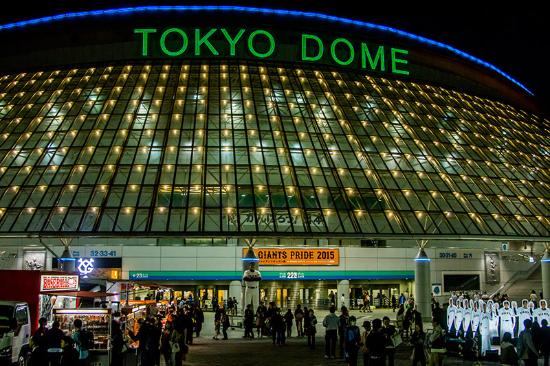 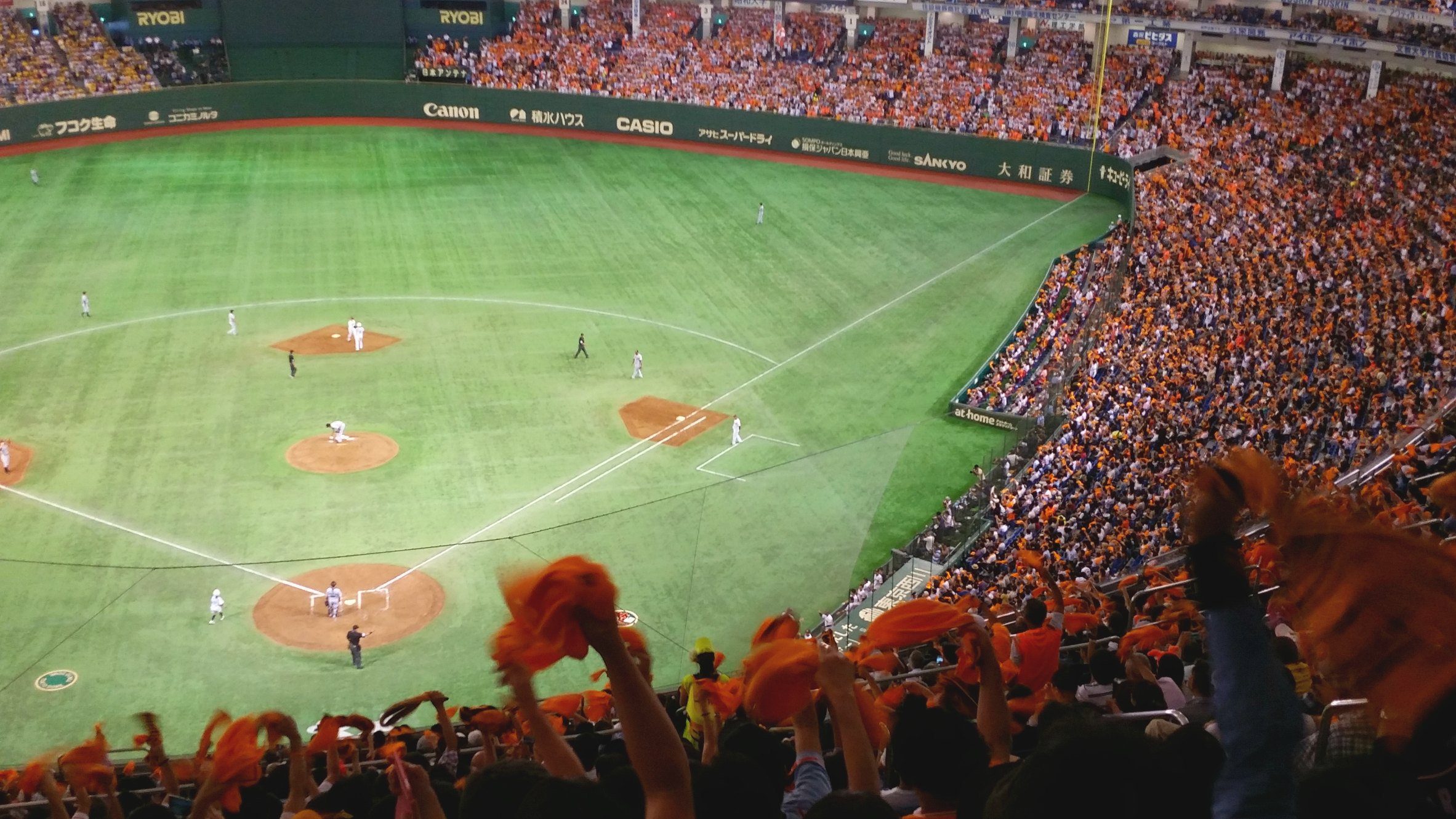