It has become a tradition. An overview of the national champions of most European countries per season. This year we will sum up the champions per country once again after a full season that was adapted in some countries due to COVID-19.

Belarus
As expected, the championship in Belarus was won by Minsk. In a best-five-final, they beat the Logishin Wolves 3-0.


Belgium
An exciting season in Belgium. The remainder of a game that was postponed due to darkness had to be finished to decide the second participant for the Belgian Series. This game between Brasschaat Braves and Borgerhout Squirrels was won by Brasschaat.
Because of the possiblity of an extra game between the Squirrels and the Hoboken Pioneers, the best-of-five Belgian Series was cut to a best-of-three series. The rules of the Belgian Baseball Federation say that there has to be a champion before November 1st. With the Belgian Series starting on October 23rd, there would not be enough time for a best-of-five series. Anyhow, the Hoboken Pioneers won the extra game 4-3 and advanced to the Belgian Series in which they swept the Brasschaat Braves in two games (12-1 and 15-5).

Bulgaria
The Sofia Blues fourpeated for the Bulgarian championship, their 5th overall. Against the Blagoevgrad Buffaloes, the Blues won in three games.

Croatia
Olimpija Karlovac repeated as Croatian champion in 2021. The way they did this was rather special. In the championship series against arch-rival Nada Split, Karlovac was trailing 3-0 but still, they managed to win four games in a row to clinch the championship.

Czech Republic
A new year, a new champion. After Draci Brno won last year, this year Arrows Ostrava ended up winning the Czech championship series. Facing last year’s champion in the final, the Arrows beat them 3-1 in a best-of-five series. 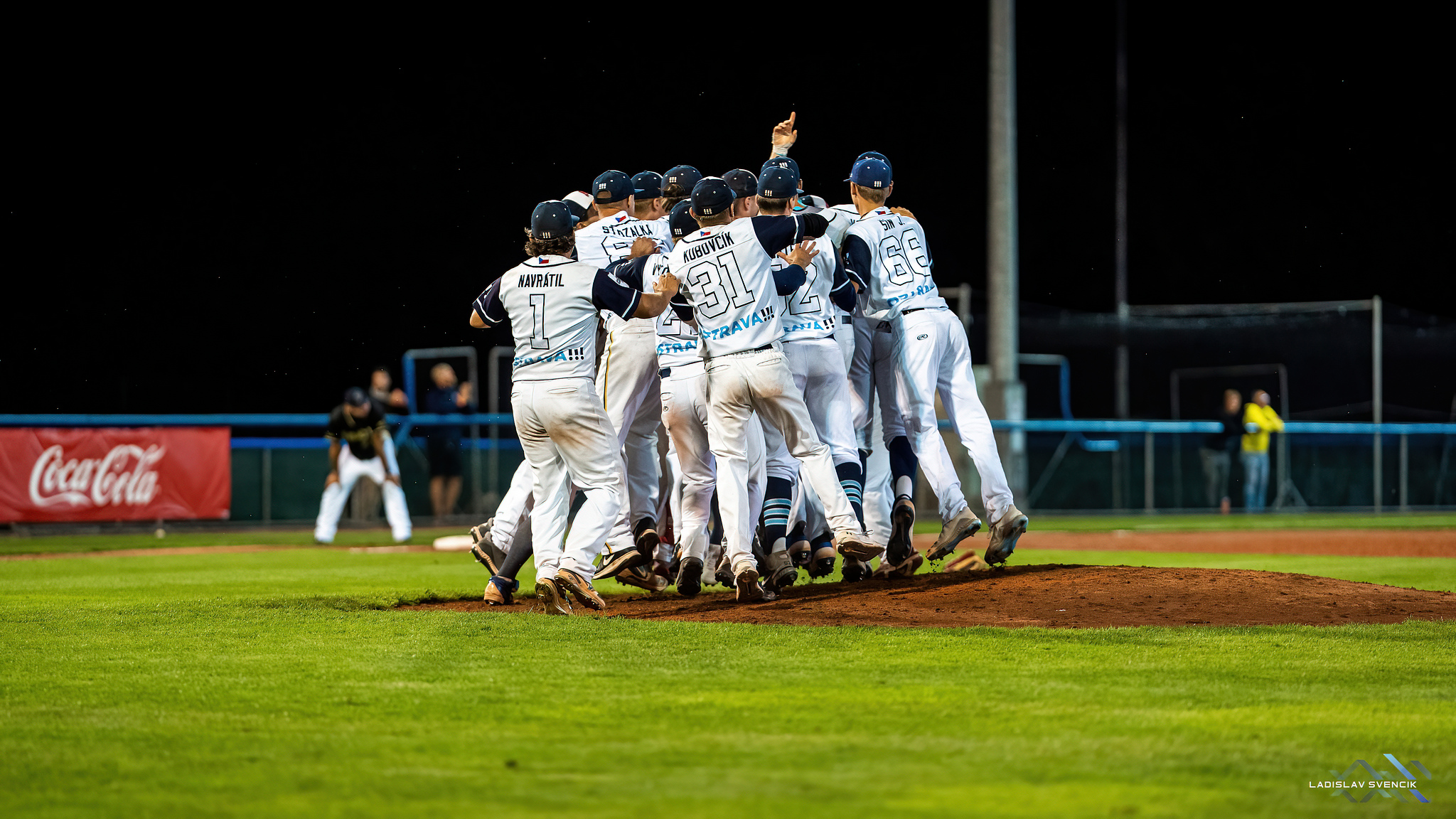 Denmark
For the first time in eight years, Denmark has a new baseball champion. In a best-of-three final, the Aarhus Athletics took on the Århus Baseball Team and won in three games. 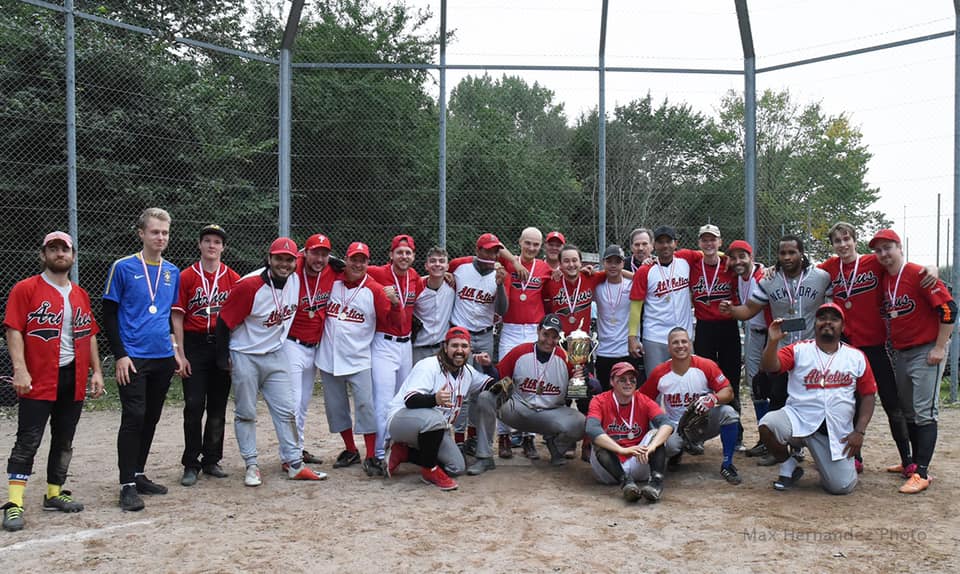 Finland
We have a new baseball champion in Finland. Like the previous two years, the Espoo Expos and the Tampere Tigers faced each other in a best-of-five series. This time the Tampere Tigers would prevail, wining game one (8-3), two (7-3), and four (9-2).

France
For the seventh time since 2007, the two same teams were playing in the French championship series (best-of-five): Rouen Huskies and Templiers de Sénart. Quite a controversy before and during the French championship series as Rouen Huskies tried to deny two players fo the Templiers de Sénart the right to play in the championship series because they would be added after the transfer period. The attempt was denied by the French federation twice. As a result, Rouen tried a conciliation at the French Olympic Committee. A very unsportsmanlike attempt to make their opponent weaker. Anyway, the Huskies won in five games and clinched their sixteenth overall title.


Germany
After a strange season in which the South started playing in May and the North had to wait until June/July due to COVID-19 rules in northern states, the season ended with no surprises. Once again the Bonn Capitals and the Heidenheim Heideköpfe faced each other and once again, the Heideköpfe prevailed by beating Bonn 3-1 in a best-of-five series.

Great Britain
Another season, another year of domination by the London Mets. In a one-game final, the Mets beat cross town rivals London Capitals 8-5.

Hungary
The Budapest Red Wolves are the new Hungarian champions. After finishing the regular season in second place behind the Erd Aeros with a 6-2 record, the Red Wolves beat the Erd Aeros in the championship game 13-7


Ireland
For the second year in a row, the Greystones Mariners won the Irish championship. After finishing second in the regular season, the team made it to the final by beating the Dublin City Hurricanes in a playoff game. In the final they swept the Ashbourne Giants 2-0, a nice conclusion of the year in which the club celebrated its thirtieth anniversary.

Italy
Finally, we have a new champion in Italy. The championship series of the Serie A was the same as last year, but it had a different outcome. In a best-of-five series, San Marino, which is a sovereign state, won the Italian championship by beating Fortitudo Bologna 3-1, humiliating them in the championship game 12-3. 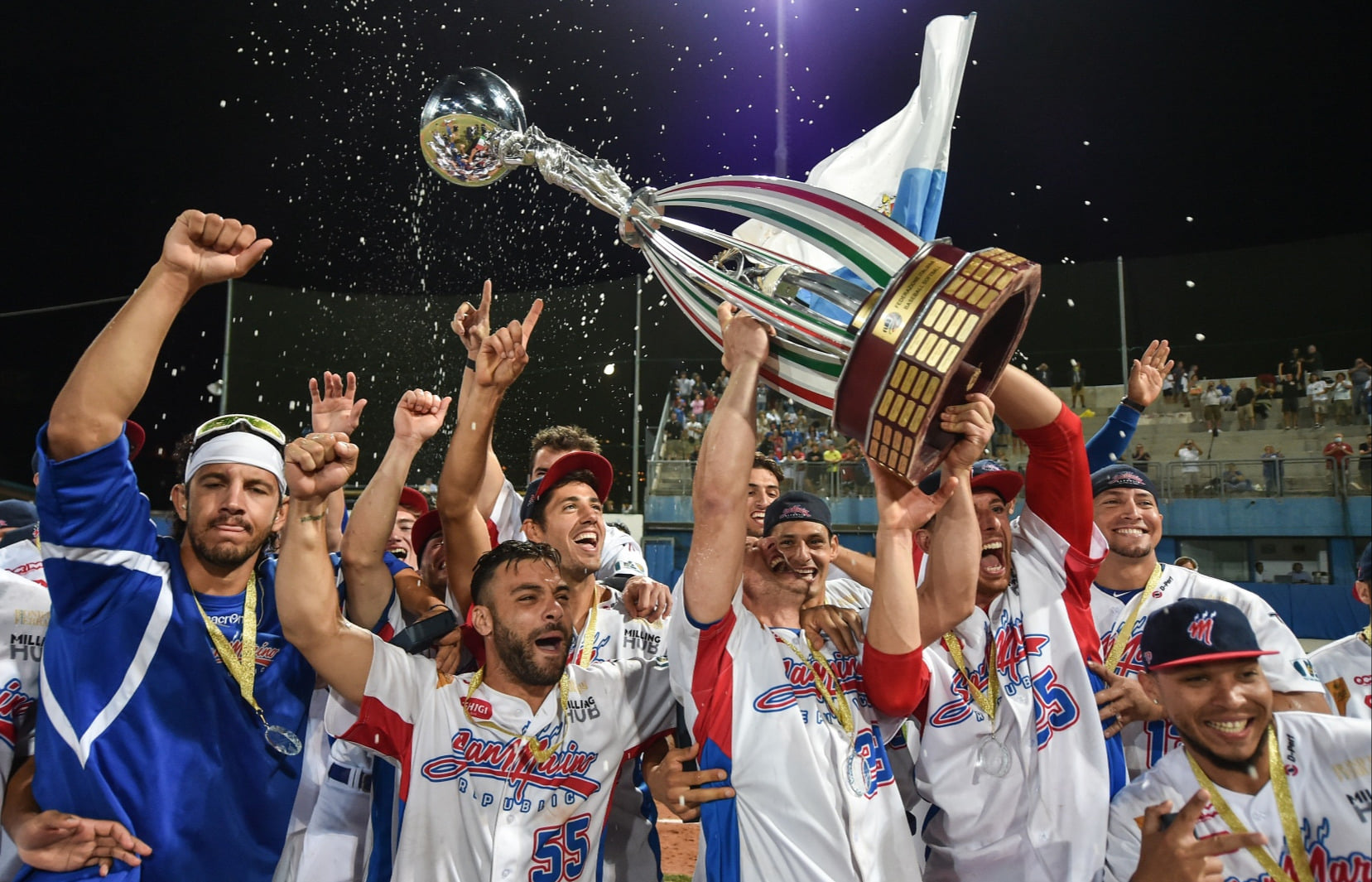 
Netherlands
For the sixth time in six years, it was a championship series between the same opponents.
Both participants in the 2021 Holland Series were equally matched. L&D Amsterdam Pirates took a 2-0 lead in games but Curaçao Neptunus fought back and even took a 3-2 lead. But with a clear 11-5 victory, L&D Amsterdam Pirates forced a seventh game that was won by the team from Amsterdam. After winning the Dutch championship in 2019, the club repeated this year as the 2020 Holland Series was called due to COVID-19. This year’s championship is Pirates’ sixth overall.

Norway
A new champion in Norway but a familiar face altogether. In a one-game final, the Oslo Pretenders mashed the Bergen Wet Sox 14-1, clinching its twentieth Elite Serien title.

Poland
After a 2020 season in which they did not win the championship, Stal Kutno is back at the summit of Polish baseball. In the final, Stal Kutno beat KS Silesia Rybnik 12-7 in the final.

Romania
Unlike many other countries, the championship in Romania was decided with a three-team tournament. Atletico Alexandria finished on top, followed by second-place Thunder Wolves Botosani and third place Leaders Calarasi.


Russia
Russtar repeated as Russian champion. The championship series was a reprise of last year’s series when Russtar humiliated Moscow Wolves. This year, the Wolves fell to Russtar 4-1 in games.

Serbia
For the first time since 1996, Serbia has a champion that isn’t named Beograd (Belgrade) ’96 or Vojvode Dukes. In an all Novi-Sad best-of-three championship series, Novi-Sad and Vojvodina faced each other. Both teams had played each other in the final for the Serbian cup, which was won by Novi-Sad. In the championship series, Novi-Sad took game one 11-3 but Vojvodina bounced back by winning game two 10-0. So it all came down to the third and final game, played on Sunday, November 7.
The cool thing about Novi-Sad is that they have two girls/ladies on their team. The championship series should be decided on the weekend of November 7, but due to inclement weather, the decisive game was postponed until November 21st. To be continued…

Spain
For the first time, Spain had a championship series. The name of the Liga de Honor was changed into Spanish Baseball League and the new format to decide the championship came with it. In a best-of-three final, the Tenerife Marlins beat Astros Valencia in three games. The final game, in Valencia, was won by the Marlins 14-7.

Sweden
The championship in Sweden was decided in one game. The Leksand Lumberjacks took on neighboring Rättvik Butchers. In an exciting and close game, the Lumberjacks prevailed by beating the Butchers 4-2. This year’s win was Leksand’s 23rd Swedish championship.

Switzerland
Also in Switzerland, the same champion as last year. In a best-of-five series, the Therwill Flyers swept the Zürich Barracudas 12-2, 15-9, and 11-7, clinching their record-setting fourteenth Swiss championship.

Ukraine
The domination of Ukrainian baseball by Biotexcom KNTU continues. In a best-of-three championship series, the multiple Ukrainian champions beat the Atma-1991 from Kiev 3-0 in games.