With the season on its way in three European Countries, yours truly thought it would be nice to give a weekly overview of the various leagues in Europe. Pretty soon, the Dutch League will join. Also the Northern Division of the German 1. Bundesliga and likely the Belgian Top League as the Belgian government stated that barring an explosive rise of corona contaminations, sports games can take place without fans.

For now, we will focus on the Austrian Bundesliga, the Czech Extraliga, and the German 1. Bundesliga.

In the Austrian Bundesliga, the second round was played this weekend.

The Dornbirn Indians did not have much problems with the recently promoted Schwechat Blue Bats in the first game, as they beat them 11-6. In the second game, the Indians had to go deep and scored two runs in the eighth to clinch a 3-2 win.

The ASAK Athletics Attnang-Puchheim fell 3-1 to the reigning Austrian champions Vienna Metro Stars in game one of the series. In the second game, the Athletics turned the tables and clinched a 7-4 victory.

For the Traiskirchen Grasshoppers, the doubleheader against the Feldkirchen Cardinals was a walk in the park. In both games they only needed seven innings: 14-0 and 17-0.

In the Czech Extraliga, the three game series between Olympia Blansko and Draci Brno was cancelled as several players of Olympia Blansko had a positive outcome of a corona test.

Praha Eagles surprised Arrows Ostrava on Friday night by beating 12-9 but the Arrows got their revenge on Saturday as they shutout the Eagles 14-0, so everything came down to the rubber game on Sunday which was won by the Arrows 5-2.

Tempo Praha fell to Sokol Hluboká in the first two games of the three-game series. Game one was lost 2-1 and game two 6-1. On Sunday, Sokol Hluboká completed the sweep as they beat Tempo Praha 8-5.

Trebìc Nuclears and Blesk Jablonec split the first two games of the series. Game one was won by the Nuclears 9-0 but Blesk (Lightning in Czech) won game two 10-4, so it all came down to the rubber game on Sunday in which the Nuclears stayed on the right side of the score: 16-2.

Hrosi Brno and Kotlarka Praha split the first two games as well. In two close games, Kotlarka won game one 5-3 but Hrosi (Hippos) won game two with an even closer margin: 7-6. The rubber game on Sunday was won by Hrosi 15-4.

In the German Bundesliga, the Munich-Haar Disciples pulled a stunt as they beat the Mainz Athletics 7-6 in game one on Saturday. The Athletics had the lead in most of the game but bit by bit, the Disciples inched closer and a three-run seventh inning gave them the decisive lead. The A’s weakness was the pitching that could not cling on to a 6-4 lead. The second game was also a close one. When the ninth inning started, the game was tied at five. With the poor lighting system the game should have been called but both teams decided to play on and Mainz eventually scored the winning run.

So far, the Heidenheim Heideköpfe did not have any problems winning their games. Sure it is still early in the season but it looks like the team will win the German championship once more with their hands tied behind their back. This weekend, they faced one of the weakest opponents of the Southern Division: IT-Sure Falcons from Ulm. Both games had a blowout score: 18-2 and 10-4.

Also the Stuttgart Reds are cruising through the season so far, although it must be said that they haven’t faced the real strong opponents like Heidenheim or Regensburg. This weekend they beat up another weak opponent in the Tübingen Hawks: 15-2 and 10-3.

In the Saturday game between the Regensburg Legionäre and the Mannheim Tornados, the latter took a surprising 2-0 lead in the second inning on a home run by Juan Martin. It took Regensburg until the fourth inning to tie the game and one inning later, two sac flies lead to two more runs. Eventually, the Legionairs won 6-2. The Sunday matchup was an even easier victory for the Legionairs as they beat the Tornadoes 10-3. 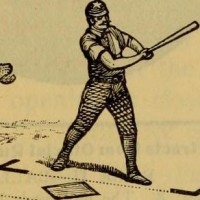 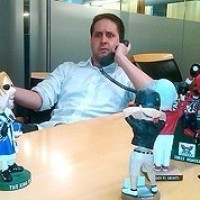 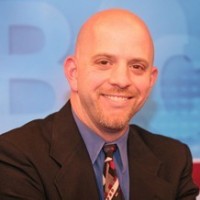 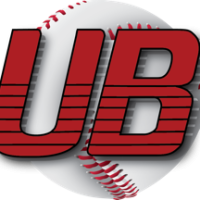