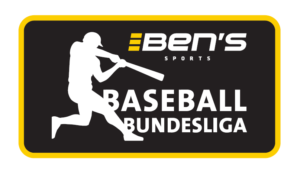 Also some positive baseball news from Germany. According to the Facebook page of the Berlin Flamingos, the 1. Bundesliga, Germany’s highest baseball league, will start on the weekend of 8/9 August. As a result, it will be a shortened season.

But the start of the season will only take place if the announced facilitation of the corona measures will take place in all German provinces.

All sixteen 1. Bundesliga clubs have decided to participate in the upcoming season. Clubs can choose from two options. Option A will be a four divisional competition with four teams per division of course or the usual two divisional competition like it is now with a North and a South division. Right now, no decision has been made. The decision will be made next week.

The season will last eleven weekends. The last weekend will be the weekend of October 17/18.

In the case of a four divisional competition, one can wonder which teams will be put together in a division. Looking to the geography of Germany, the following division seems to be the most logical: