Recently inducted Hall of Famer, Ken Griffey Junior’s number will be retired by the Seattle Mariners tomorrow. Griffey will have the honor to become the first Mariners’ player to have his number retired.

In 1990 Jr and his father played together for the Mariners, making them the first father-son tandem to do so. To make that even more special, they hit back-to-back homeruns in a game in Anaheim vs the then California Angels in 1990, also becoming the first father and son combo accomplishing this feat.

After it was announced in January that Griffey would be inducted in the Baseball Hall of Fame, the Mariners were quick to announce that his number would be retired. Today the team tweeted about the feat several times.

Today, it flies over the city. #24EVER🏪 pic.twitter.com/EJM6Wvbtiw

The Mariners’ plans already included a bobblehead giveaway on Friday, the jersey retirement Saturday and a replica jersey giveaway Sunday. Here’s a fun new wrinkle: The Mariners will wear special on-field caps Friday and Saturday to honor Junior with a patch on the side recognizing his number retirement.One is a Mariners throwback cap, which harkens back to Griffey’s rookie season in 1989. The other is the current Mariners cap. 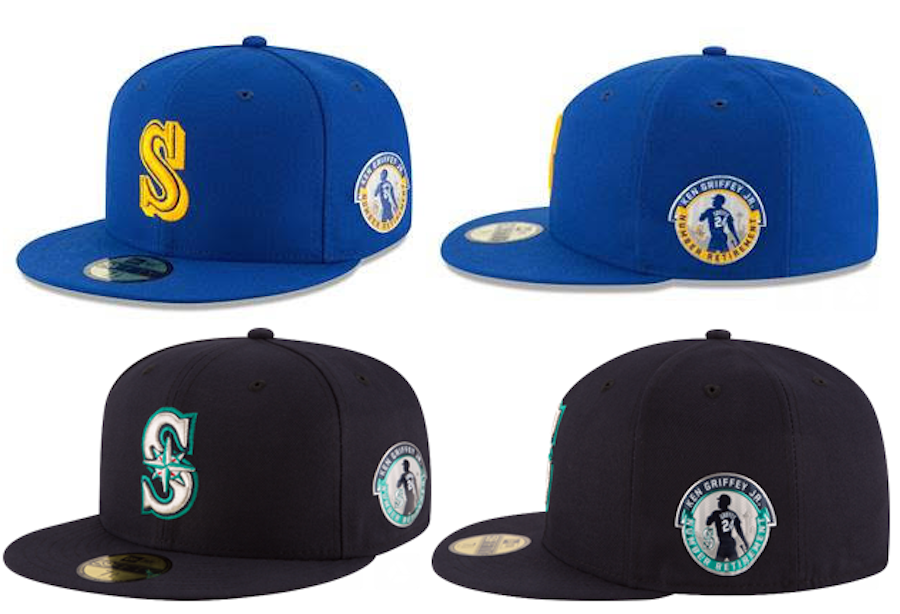