After three games at the 2021 U23 World Cup of Baseball, the Dutch team is the only European team without a win. Last night the team was no match for Columbia as they were shutout 10-0.

After Columbia scored twice in the sixth inning, the game ended prematurely thanks to the mercy rule.

What could the Dutch do? Not much. The Columbian pitching limited them to only three hits and the team never got any further than first base. Calvin Maduro limited the Columbians to two hits in the first three innings but then was pulled after giving up one run in the fourth. His successor, Jayden Gonesh wasn’t able to record an out and surrendered four runs (one earned) on two hits and two walks. After he was pulled, Jasper Elfrink got out of the game, but not before he gave up a two-run home run to Jesus Alberto Marriaga Montalvo (see photo below) of which Gonesh was credited for one of the runs.  Manager De Jong left Elfrink in the game and the latter gave up two more runs in the sixth. 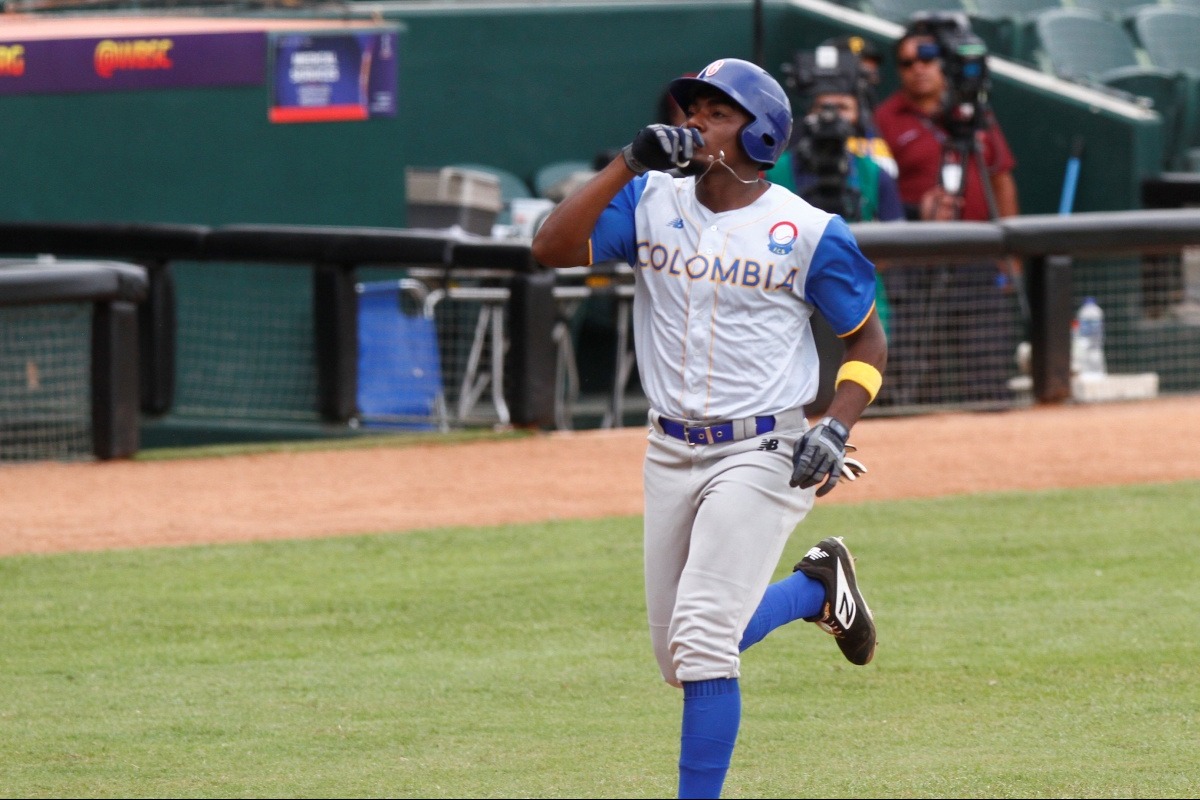 Luis Gabriel Moreno Rodriguez pitched a six-inning “complete” game, in which he gave up three hits and showed some pinpoint control as he did not issue a walk. He struck out seven batters. Calvin Maduro lasted 3.1 innings and took the loss. He allowed three runs on three hits and three walks and struck out four.

Gustavo Campero Patron was the best Columbian hitter as he went 4 for 4 with a double, an RBI and three runs scored. Delano Selassa was responsible for 2/3 of the Dutch hits as he went 2 for 2.

The next opponent for team Kingdom of the Netherlands is Panama that has won two games and lost one so far.  The game will start at 19:30 (7:30 PM) Dutch time and will be streamed through the Youtube channel of the WBSC.