Today, the WBSC announced that the U15 World Cup Baseball will take place from October 30 through November 8. This is more positive news after a lot of cancellations due to the coronavirus. 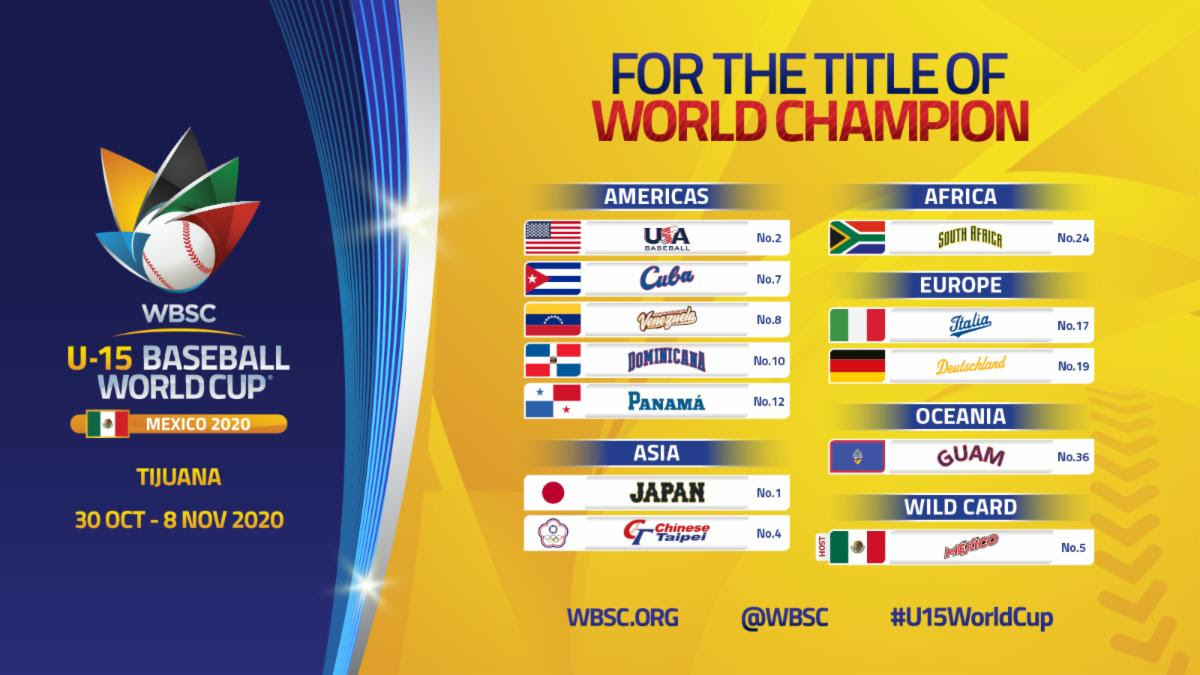 As the tournament will be played in Tijuana, Mexico, the place will be a baseball hotbed in October and November as the Women’s Baseball World Cup will also be played in that city from November 12 through November 21.

By the time the coronavirus set in, the U15 World Cup was scheduled to take place from August 14 through August 23. By the time it was cancelled, it was until further notice.

The following teams will participate:

Europe is represented by reigning champion Germany, that repeated as champion last year by beating Italy in the final 10-3.

For Africa and Oceania, it will be the first time both continents will be represented at the U15 World Cup.