Duffy’s Cliff was a ten-foot-high mound that formed an incline in front of the left-field wall from the day the park opened in 1912 until the 1933 season. In the early days, its function was to provide standing room to fans so the fans in the back could still watch the game as they were standing on top of that mound. In those early days, the dead-ball era, it was uncommon that the ball was hit that far into the infield so there was no imminent danger for the fans that stood there. Duffy’s Cliff was right in front of the big wall that would be known later as the Green Monster. 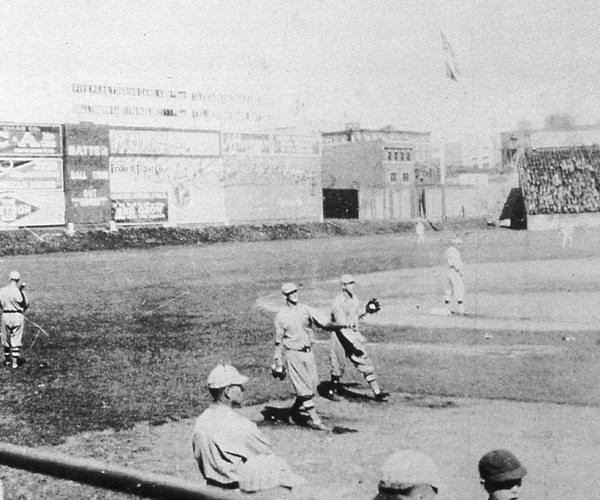 The mound ran from the left-field foul pole to the center-field flag pole.

The mound got its name because outfielder Duffy Lewis excelled in using this incline to catch fly balls during his stint with the Red Sox between 1912 and 1916. He was often depicted by newspaper cartoons as celebrated fly-catcher as a mountain climber making catches amid sheep and snow caps.

In 1934 the mound was reduced during renovations ordered by Red Sox owner Tom Yawkee and eventually, in 2004, it was removed completely when the entire field was replaced to improve the drainage and other things.