In a session of the Federal Council of the FIBS (Italian Baseball and Softball Federation), the composition of the 2020 Serie A1 has been approved. 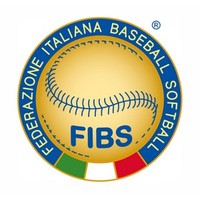 After the regular period in which clubs could apply for a spot in the Serie A1, there were only seven teams that were willing to play in the highest Italian League.  The FIBS extended the period to apply for a spot. At the deadline of that new period (December 10), there were eleven clubs interested. Since Italian baseball is mostly in financial trouble, the FIBS wanted to check the financial situation of the applicants.

Today the Italian Federation announced the 2020 Serie A1. The session of the Federal Council started with the approval of last year’s minutes and the approval of the 2020 budget. After the announcement of the Softball Serie A1 and A2, the attention shifted to the Serie A1.

In 2020, ten clubs will play in the Serie A1. The intention is to let two clubs from the Serie A2 promote to the Serie A1 at the end of the 2020 season, so the league will have the projected twelve clubs in 2021, one year later as planned.

Nettuno 1945 had applied for both the Serie A1 and A2 at the same time. Also, Rimini, that was sent down to the Serie B after it withdrew from the league before the start of the 2019 season, has applied for a spot in the Serie A2. If the applications of both clubs next to two other clubs have been approved, the Serie A2 will have 22 teams next season.

It isn’t the first time that Nettuno 2 is playing in the Serie A1. In 2014 and 2015, when the league also had seven members, the team was asked to fill the void.

With Grizzlies Torino, the Serie A1 will have a really big city in its ranks for the first time in many years. So far, Bologna was the biggest city with around 400,000 inhabitants but Turin has almost 900,000 inhabitants. With the urban area, Turin has a population of about 1.7 million.