MLB’s plans to contract 42 minor league teams for the 2021 season has caused a lot of turmoil. Many disagree with this: Fans, MiLB owners, MiLB towns and even politicians. One of the foremost politicians that slams MLB for the plans is Vermont Senator and Presidential candidate Bernie Sanders.

According to Sanders, this move would destroy thousands of jobs and devastate local economies.

In a letter to MLB commissioner Rob Manfred, Sanders points out what is wrong with the plan. 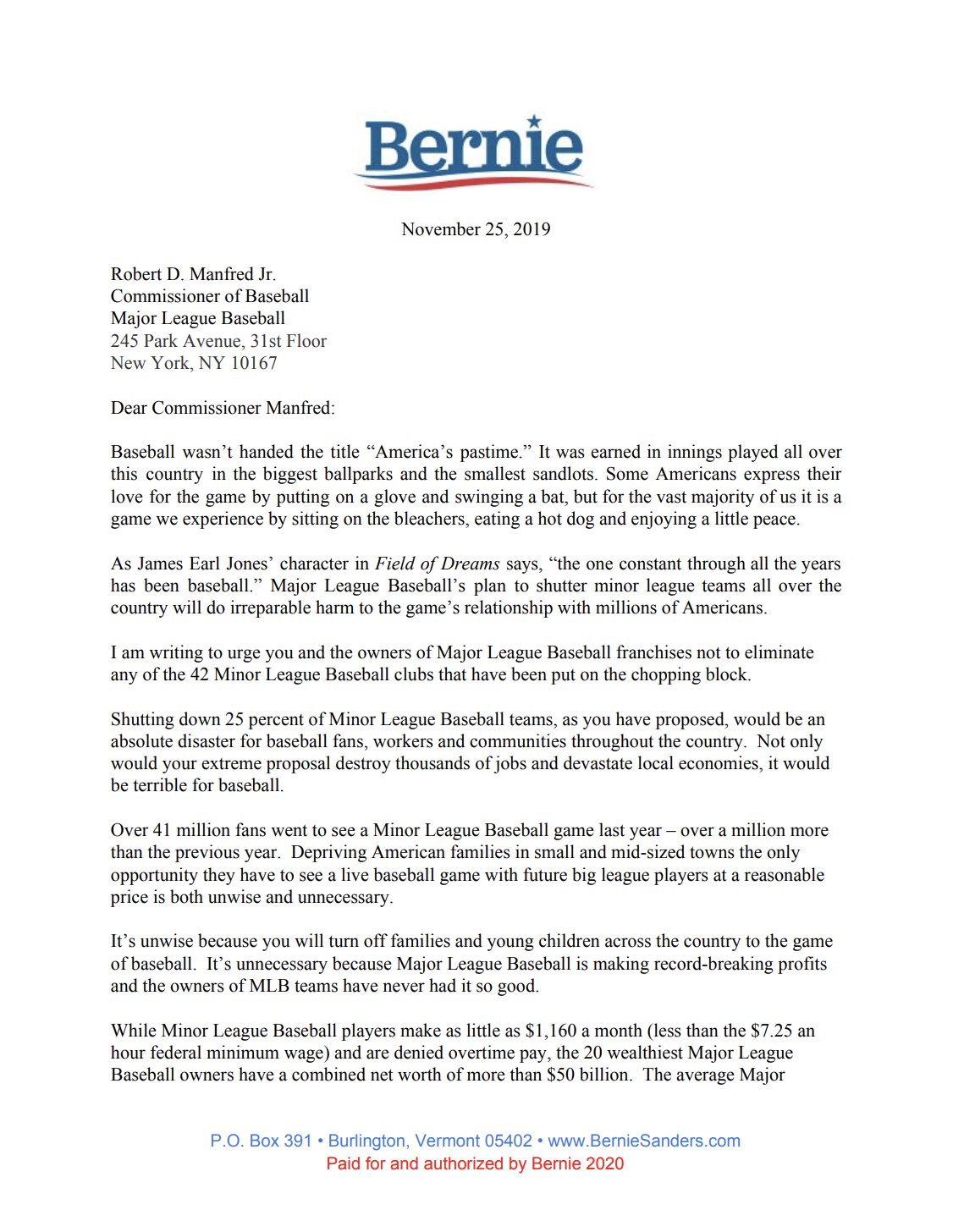 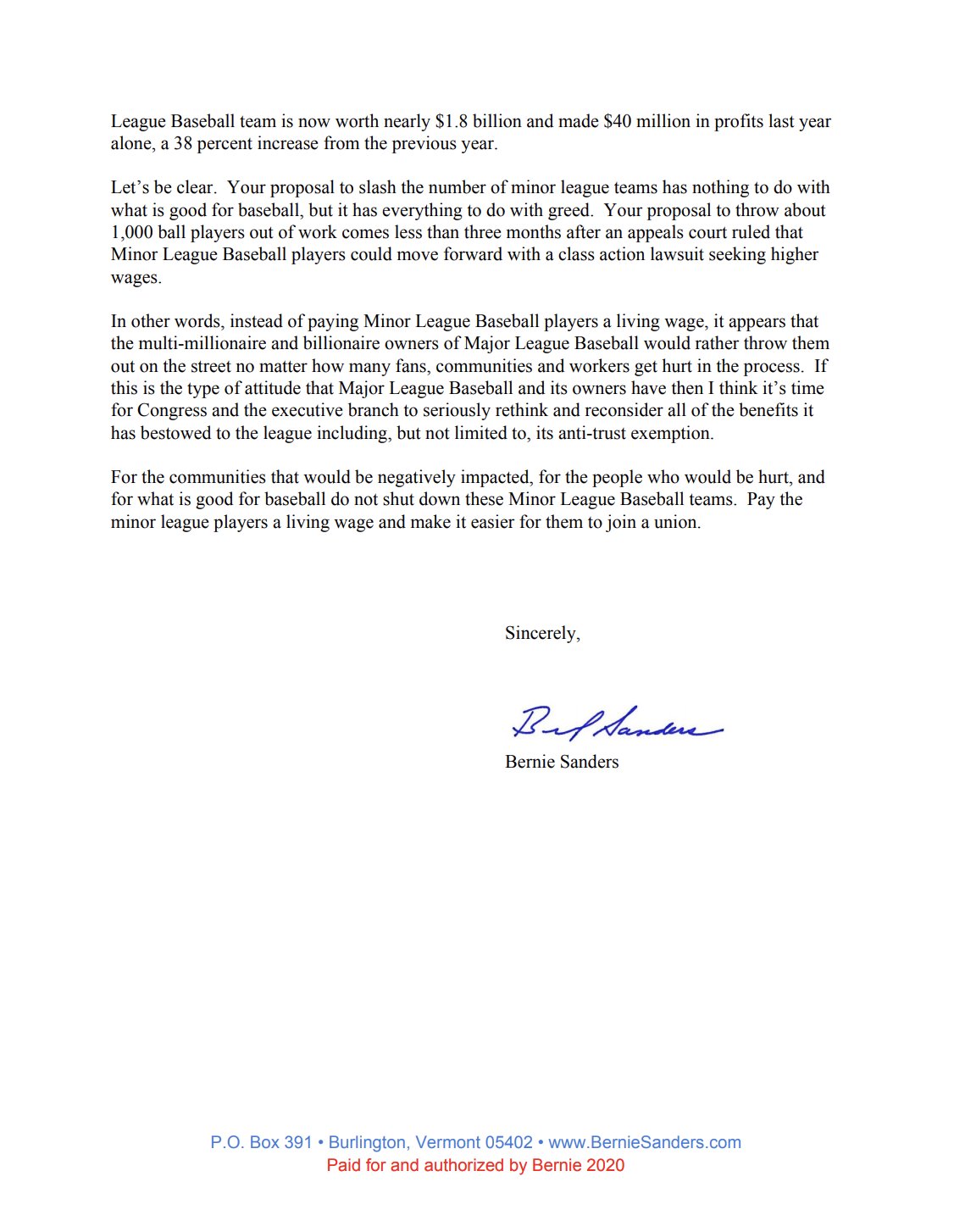 Also in a tweet that shows the letter, Sanders clearly explains that the plans have nothing to do with what’s good for baseball but everything with greed of the MLB owners.

This has nothing to do with what's good for baseball and… twitter.com/i/web/status/1…—
Bernie Sanders (@BernieSanders) November 25, 2019

According to Sanders, MLB, that is full of paying players a better wage, rather cut them than paying them a better wage:

“In other words, instead of paying Minor League Baseball players a living wage, it appears that the multi-millionaire and billionaire owners of Major League Baseball would rather throw them out on the street no matter how many fans, communities and workers get hurt in the process. If this is the type of attitude that Major League Baseball and its owners have then I think it’s time for Congress and the executive branch to seriously rethink and reconsider all the benefits it has bestowed to the league including, but not limited to, its anti-trust exemption.”

Slowly it becomes clear that MLB is aiming high but their real plans are something else. When MiLB stands its ground, MLB may propose something less drastic, which is their original plan, and in the end MLB wins, even though it may look the owners have taken a step back.