It is that time of the year again. The time in which MLB clubs start looking for a PDC extension with their farm teams or even jump ships to another MiLB team. Yesterday, two MLB clubs extended the PDC with their A short season farm clubs.

The Colorado Rockies extended the existing PDC with the Boise Hawks. The cooperation between the two will continue through the 2020 season. Both clubs are affiliated since 2015 when the Rockies took over from the Chicago Cubs, who moved to Eugene to

partner up with the Emeralds.

“We are extremely excited to extend our partnership with the Boise Hawks,” said Zach Wilson, Senior Director, Player Development (Farm Director). “The organization, the City of Boise, and the fans have embraced us with open arms and we look forward to continuing our relationship and bringing great baseball to Boise for many years to come.”

“We are thrilled to be affiliated with the Rockies,” said Bob Flannery, Boise Hawks General Manager. “It’s been a great three years working with the Rockies organization and we look forward to being a partner for a very long time.”

Another A short season team that extended the PDC with its parent club is the Williamsport Crosscutters. The New York-Penn League team signed a two-year extension with the Philadelphia Philies through the 2020 season.

“We are thrilled to extend our relationship with the Phillies,” said Cutters Principal Owner Peter Freund. “We look forward to continuing our successful and strategic partnership for years to come.”

Phillies Director of Player Development, Joe Jordan stated, “The Phillies organization is extremely happy to extend our working agreement with the Williamsport Crosscutters. 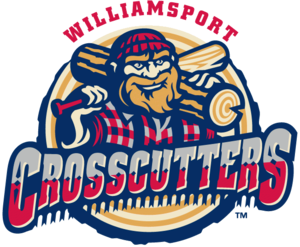 We look forward to continuing our great relationship with Principal Owner Peter Freund and the ownership group along with the front office staff and certainly the Williamsport community. This commitment recognizes a relationship that works not only for  our organization, our players, and staff but also our Phillies fan base.”