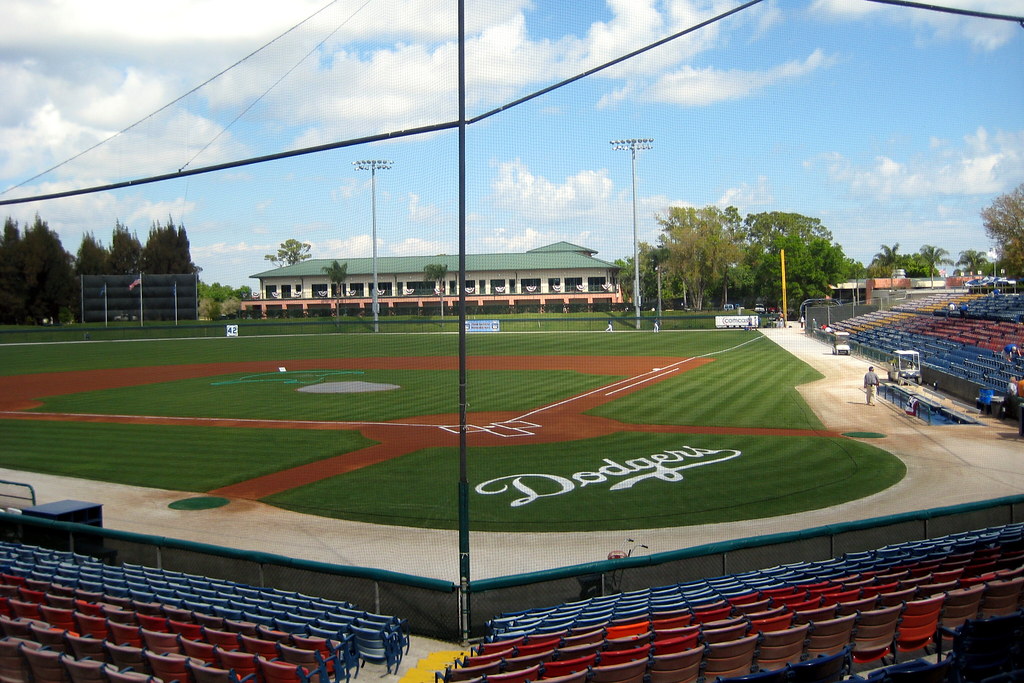 Dodgertown, the former spring training complex of the Brooklyn/Los Angeles Dodgers was left alone by the team in 2008 when they moved to Arizona. The facility used to be a naval air station that was converted into a spring training camp with barracks, stadium, practice fields and a golf course in 1948. Since then it was spring training home to the Dodgers. After the Dodgers moved into their new Camelback Ranch ST facility in Arizona, Minor League Baseball took over and lost a mllion dollars in the course of two years before they walked out.

Now the offspring of the guy who took the Dodgers out of Brooklyn has jumped in to save Dodgertown and Holman Stadium from the wrecking ball. Peter O’Maley, son of Brooklyn’s enemy nr. 1 Walter O’Malley has stepped up to present a plan for running Dodgertown as a multiuse sports camp (oh the irony). He coperates with his sister, Terry O’Malley Seidler, as well as two former Dodgers, Chan Ho Park and Hideo Nomo, and worked with Indian River County (which actually owns

Dodgertown) on a redevelopment plan with new fields for softball, soccer, rugby, lacrosse and football.

Manfred: Rose will be allowed to be part of All Star Game festivities

With MLB commissioner Rob Manfred allowing Pete Rose to be part of the All Star Game in Cincinnati, it starts to look like that the former player and manager of the Reds will be eligible for a HOF voting any time soon. Shortly after Manfred went into office, he hinted at a possible lift of the ban of Pete Rose. Even though Manfred allowed Rose to take part in the ASG festivities, the way how Rose will fit in will come from the Reds.
Anyhow, this may be a step towards Pete Rose entering the Hall of Fame. No doubt that Pete Rose will be voted in as soon as he is eligible.